Past Exhibition Out of Place 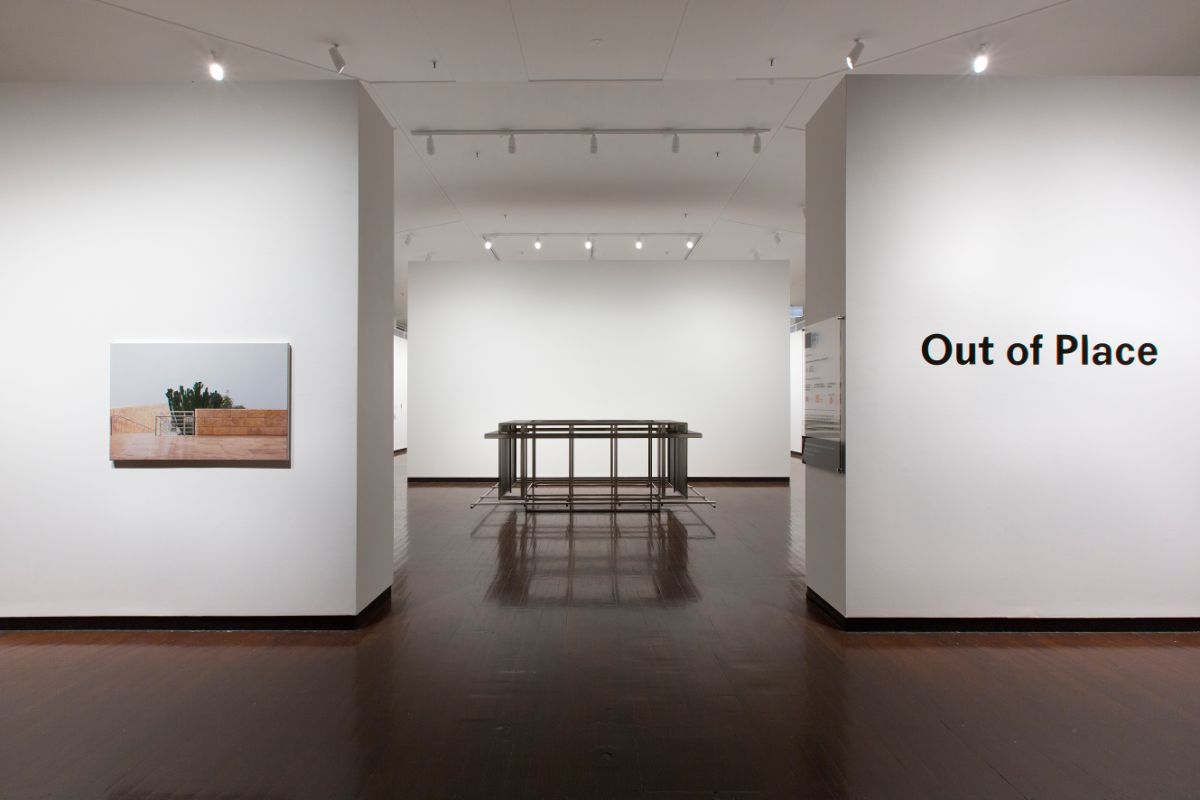 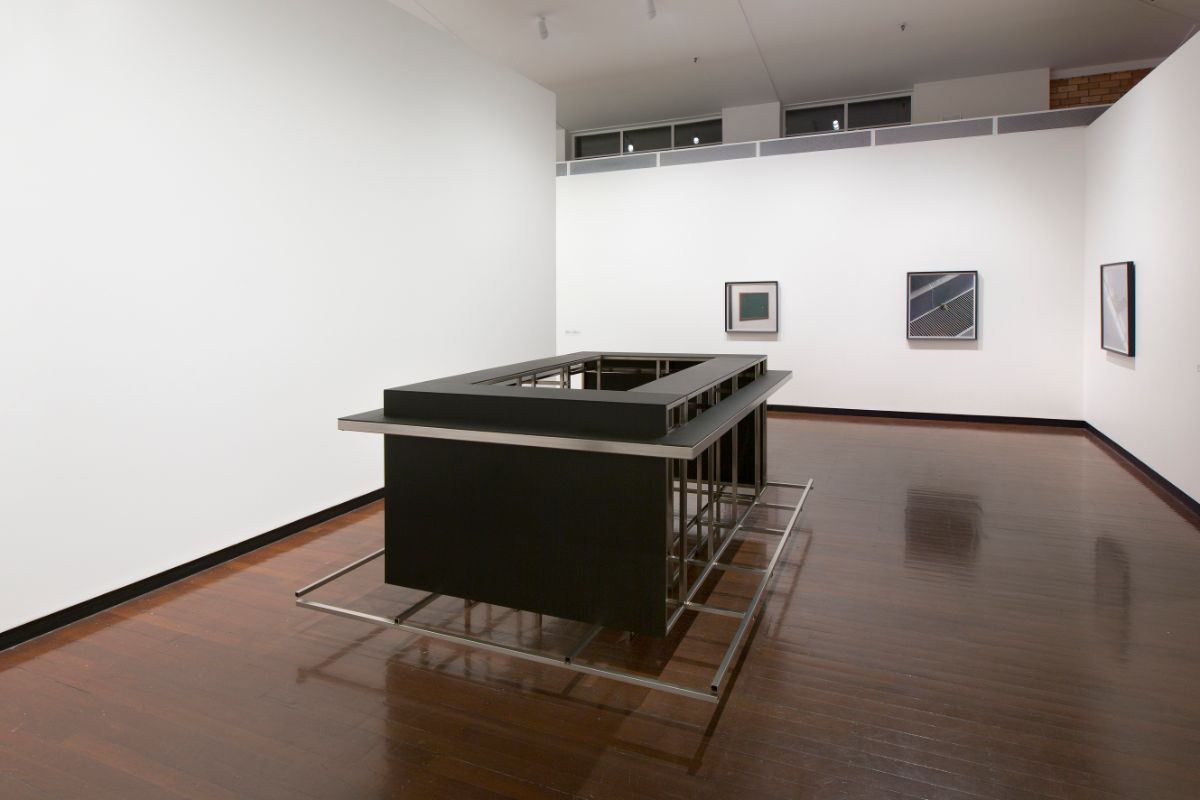 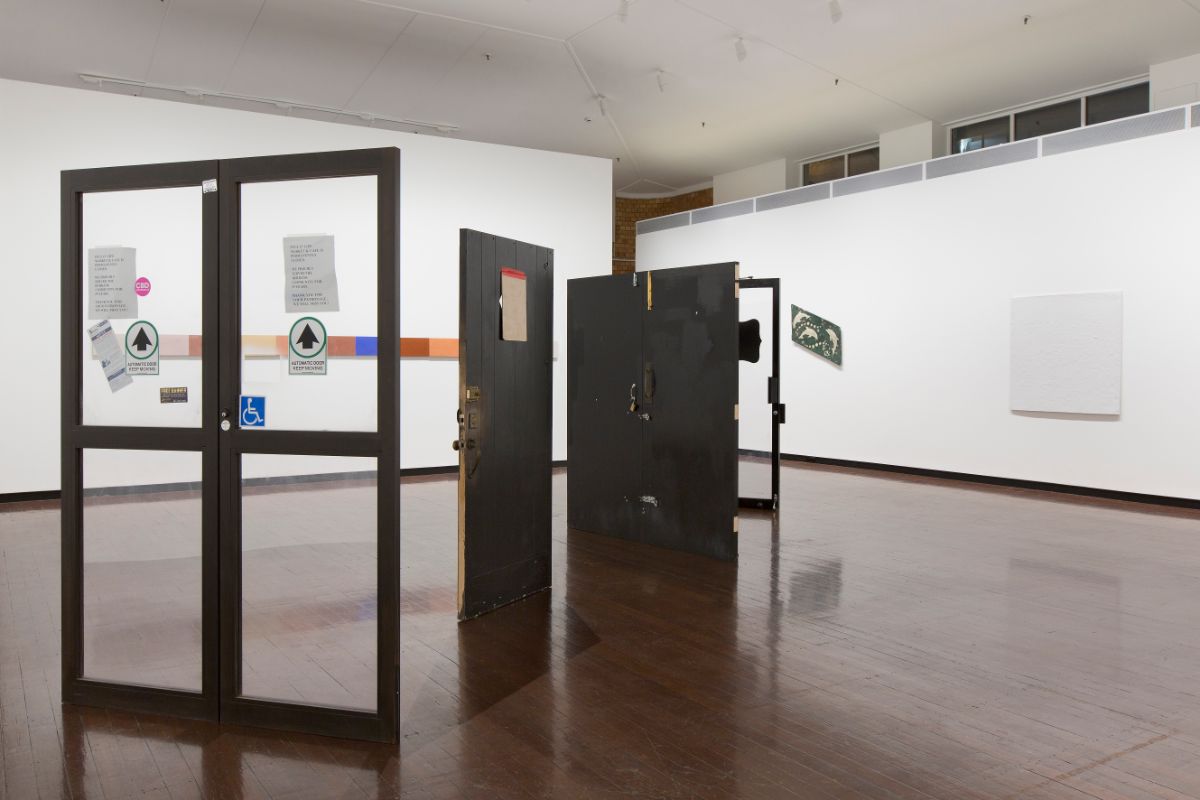 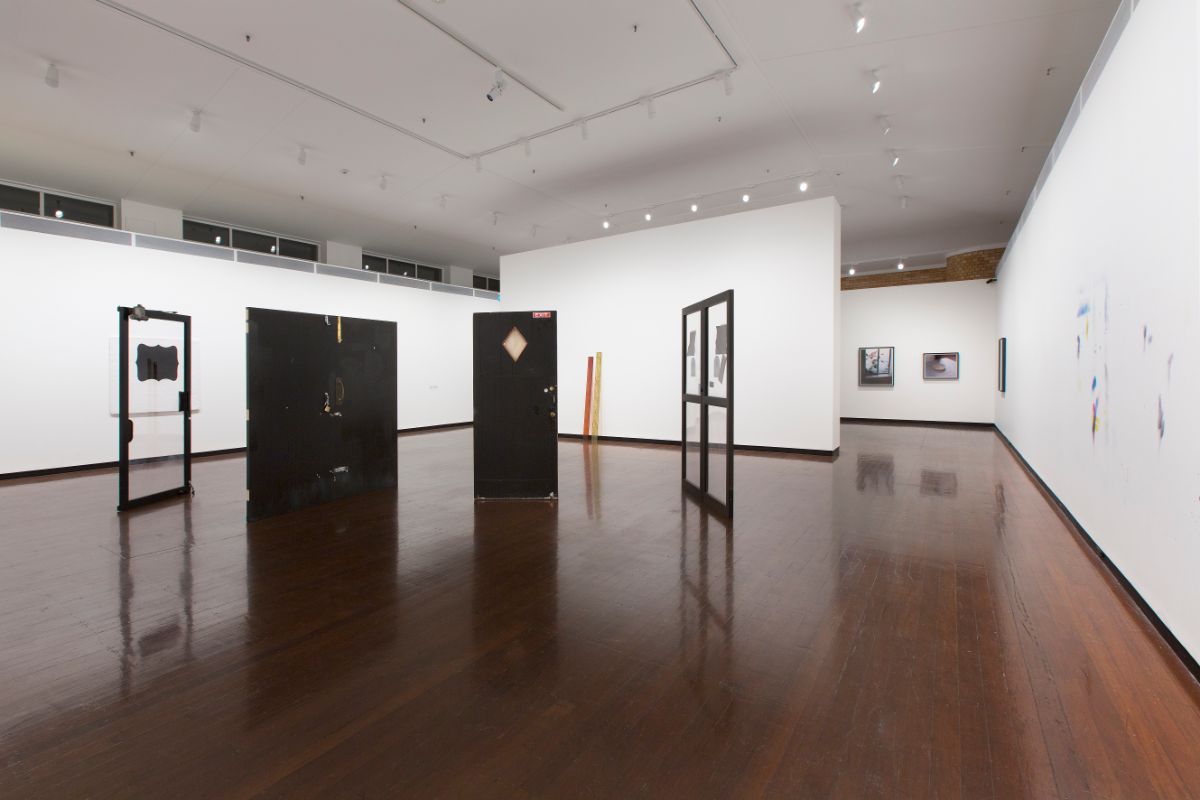 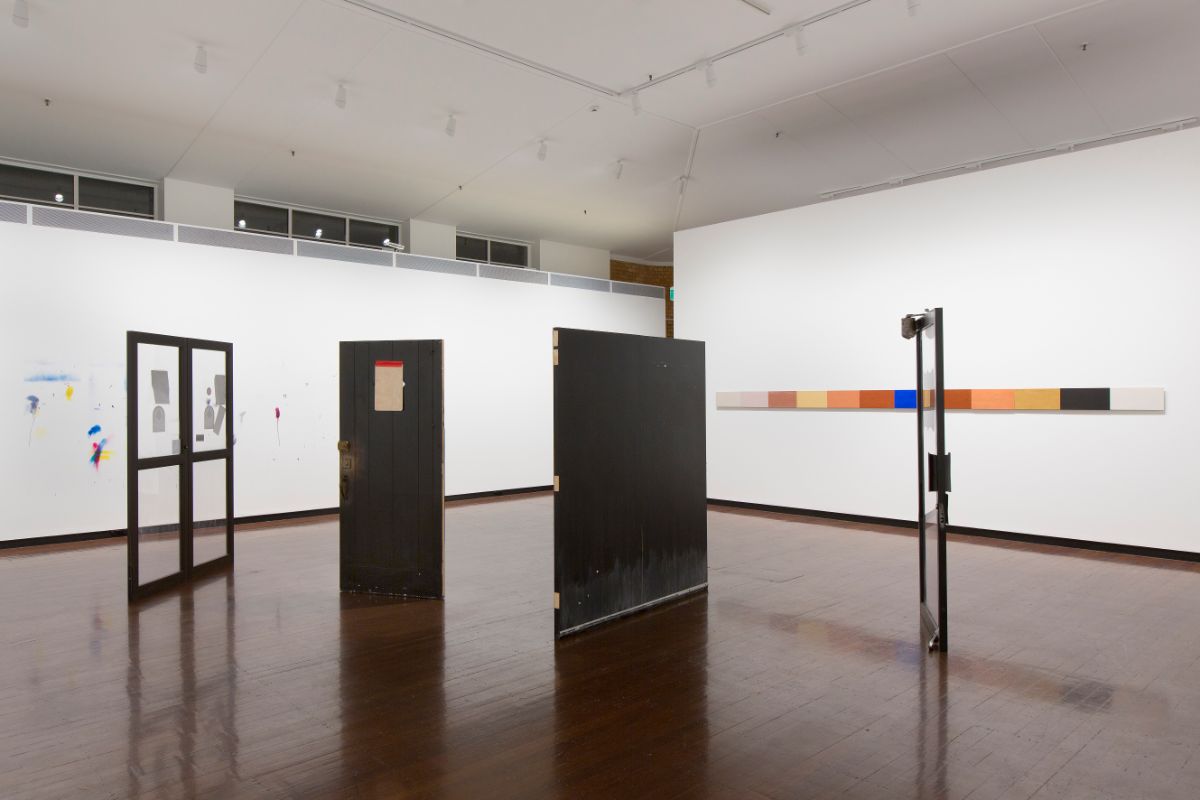 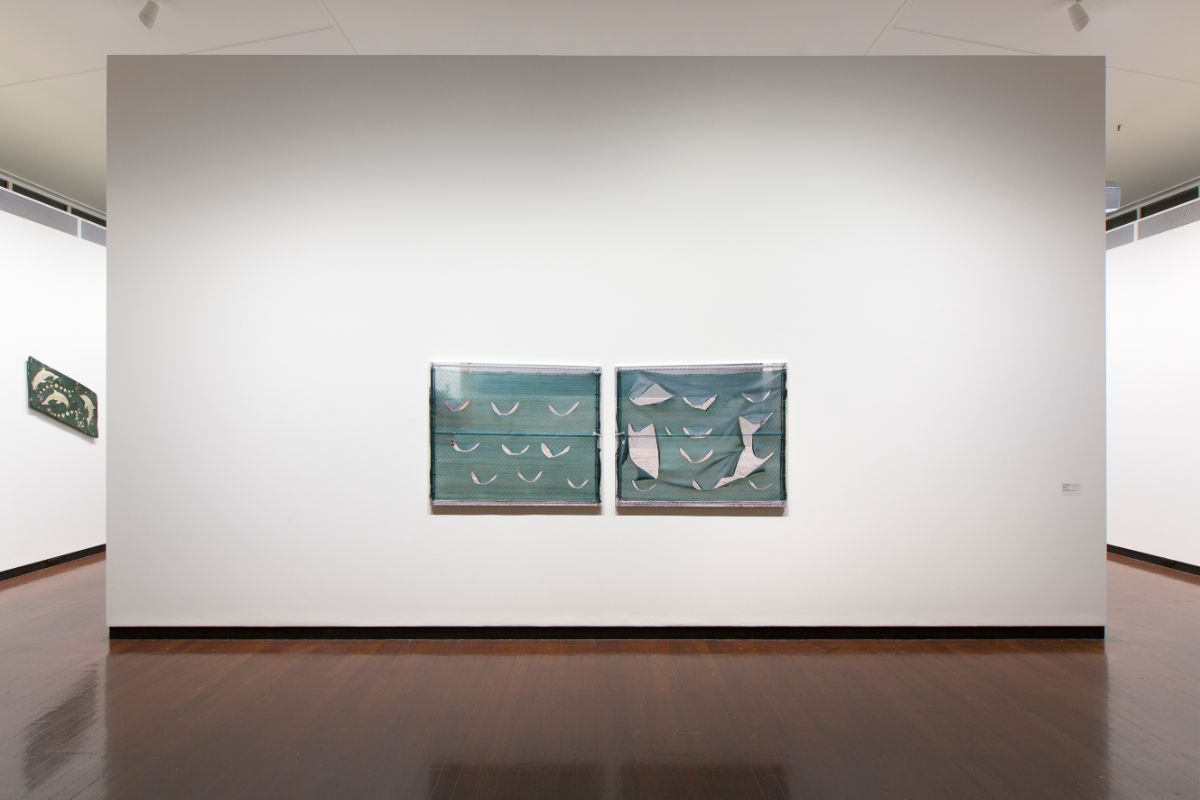 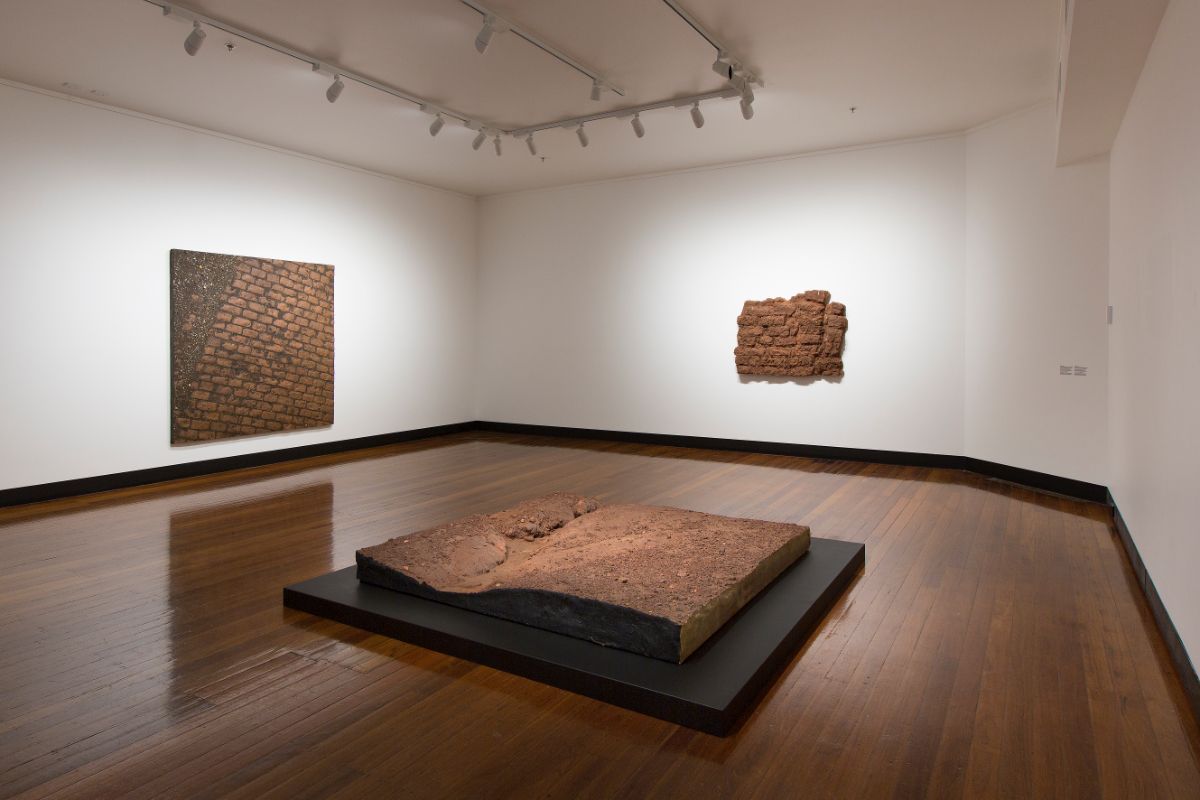 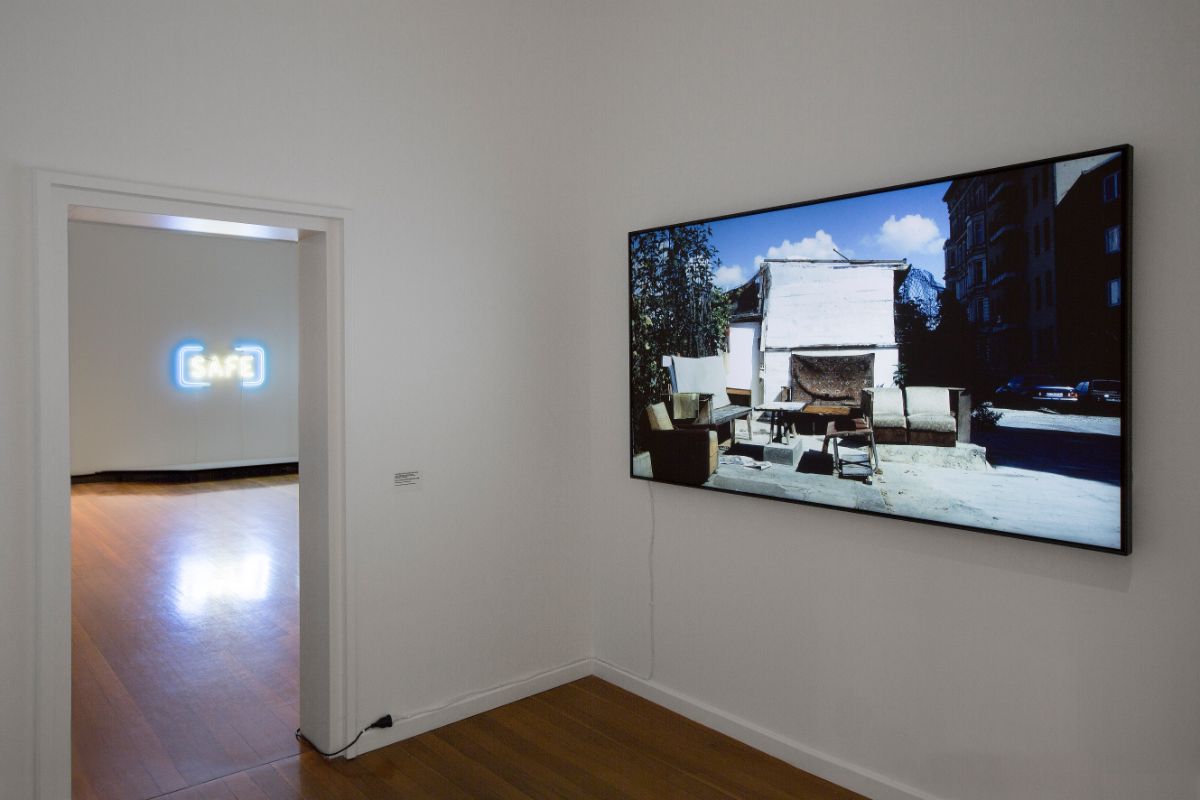 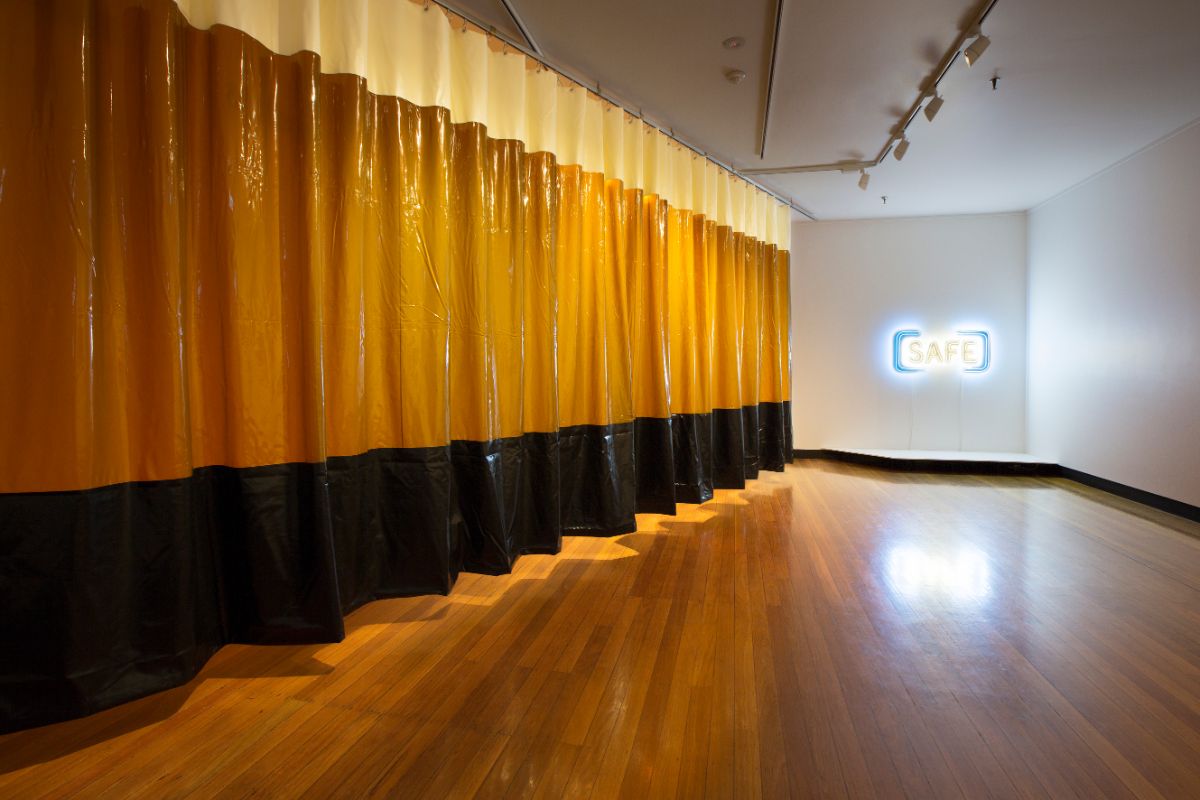 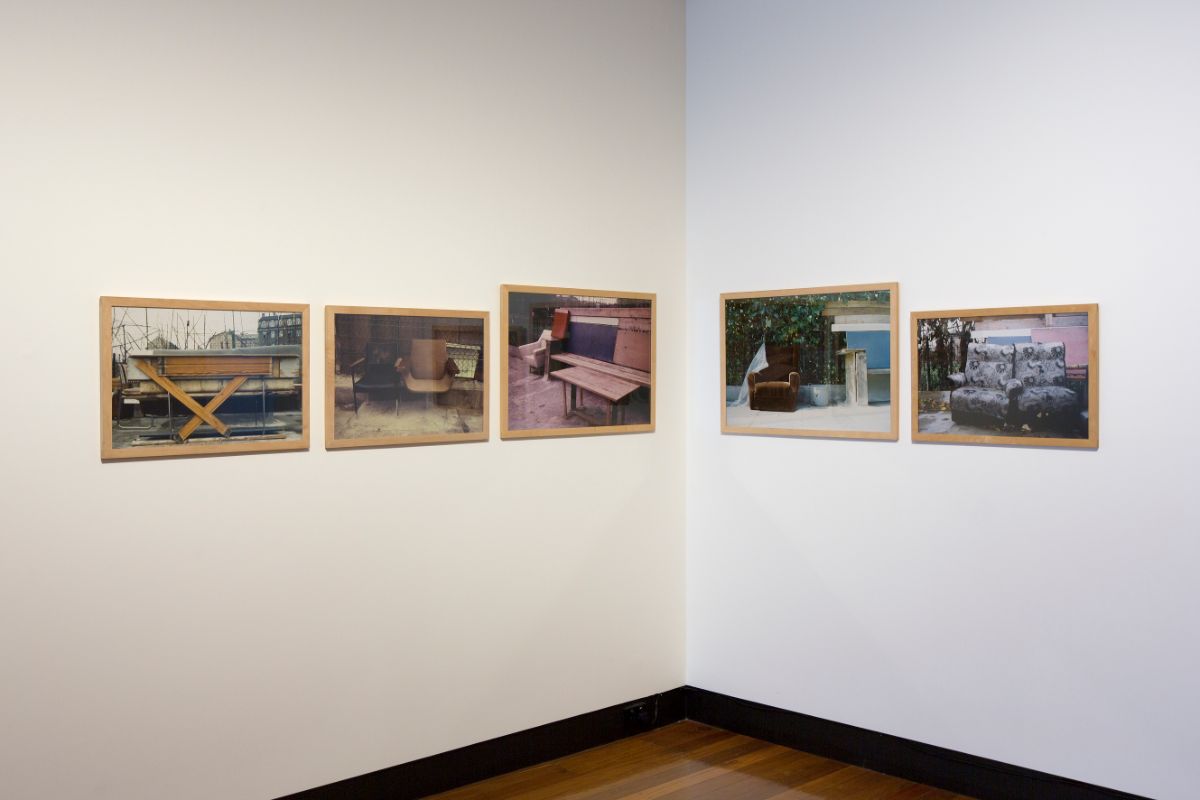 Reflecting on our increasingly precarious notions of place and belonging, this exhibition examines ways in which contemporary artworks embody, transpose and reconfigure a sense of locality in a globalised world.

Out of Place was curated by Oscar Capezio.

This exhibition is generously supported by the ANU Visual Arts Endowment.

Well known for his installations and distinctive sculptural forms, Hany Armanious describes his work as ‘duplicates of eclectic, everyday objects presented in a gallery, thereby turning them into fine art.’

Much of his recent practice can be traced to his fascination with the processes and problems of making sculpture – casting in particular. His latest bodies of work play out these processes in a fantastical cycle of self-referentiality forged from an acute awareness of the analogous morphologies of form, material, and cultural resource.

Mark Boyle was a performative artist well known for his work in the cultural UK Underground of the 1960s around the Traverse Theatre, and was exhibiting since c.1972 with Joan Hills and their children Sebastian and Georgia as Boyle Family. Boyle Family have worked across a wide range of different media (including painting, photography, sculpture, film, projection, sound recordings and drawing), while they are most well known for their ‘Earth studies’. These sculptures – highly accurate painted resin casts that operate somewhere between painting and sculpture – involve the meticulous re-creation of randomly chosen areas of the earth’s surface using resin and fibreglass, as well as real materials from the site.

Bonita Bub is a sculptor who produces elevated replicas of industrial equipment and furniture in materials and with processes that are upgraded and more highly-refined than their expressly functional, mass-produced prototypes. Her selection of and improvements to found design are part of a subtle conversation between form, function and aesthetics in which she draws extensively on her own technical skill and labour. Her close attention to formalist concerns of verticality, colour, and virtual space, invests her practice in the field of painting.

Working together since the early 1980s, Janet Burchill and Jennifer McCamley have developed an expansive framework of formal and thematic concerns drawing broadly on the histories of art and design, film, literature and cultural theory. Influenced by feminism, and applying an appreciation and critique of modernism, they make artworks across an ever-expanding repertoire of mediums – from painting and sculpture, photography and printmaking, to neon light and textile works.

Fiona Connor makes sculptural installations in which she carefully recreates commonplace objects and structures of everyday life. Her recreations not only draw attention to these widely overlooked items and their forms, in abstracting objects from places that belong to specific groups of people linked by interest or necessity, they also reconstruct the histories and micro-economies of these communities. Many of her works respond to the infrastructure of the places and environments where she exhibits them, uncovering the underlying mechanisms that may inform our interactions with art and art institutions. The sculptures reveal the artist’s deep curisoity for how things are made, where they come from, who makes them and for whom. They memorialise the relationships that the artist initiates and maintains in order to reproduce and re-present the objects as works of art.

b. 1964, Munich, W.Germany. Lives and works in Berlin and Los Angeles, and teaches at the University of Fine Arts, Hamburg, Germany

Thomas Demand is one of the foremost contemporary German artists. He sees himself first and foremost as a sculptor. His process involves painstakingly reconstructing found images as three-dimensional, usually life-sized models made of paper and cardboard before expertly lighting and photographing them with a large-format camera. The models are detroyed once the work process is complete. The result is an uncanny, hybird image, both a document of the process and a reconstruction of a pre-existing reality.

Dale Harding’s practice is grounded in stories that continue the cultural lineages of his Bidjara, Ghungalu, and Garingbal ancestry. Harding works in a wide range of natural and traditional materials, often appropriating and destabilising European and American art historical traditions, including Colour Field painting, Minimalism, and Conceptualism. Some works involve stories from the artist’s maternal family line, and others draw on the techniques, tools, and iconography that are present in Carnarvon Gorge – a significant cultural site for the Indigenous peoples of Central Queensland.

b. 1983, Sydney, Australia. Lives and works in Brooklyn, NYC

Anna Kristensen explores the disorientation and implications of mistaken identities between painting, photography and physical space. Her exhibitions form constellations of exacting photorealist paintings, extending their formal poetics outwards into the viewer’s own physical space through a dialogue with sculpture – most recently sculptures made in glass. Each show is an open, ambulatory network for reflection upon the conditions of painting (texture, light, perspective) and a heightened awareness of the physical, emotional and psychological act of looking.

b.1996, Melbourne, Australia. Lives and works in Melbourne

Jasper is an emerging artist working mostly in casting, sculpture and bas-reliefs. He  completed a Bachelor of Fine Art at Monash University in 2018, where he is currently completed Honours in Fine Art. Jordan-Lang was the recipient of the BSG Click Prize in 2015, and the Chapman and Bailey Prize for best work in 2017. 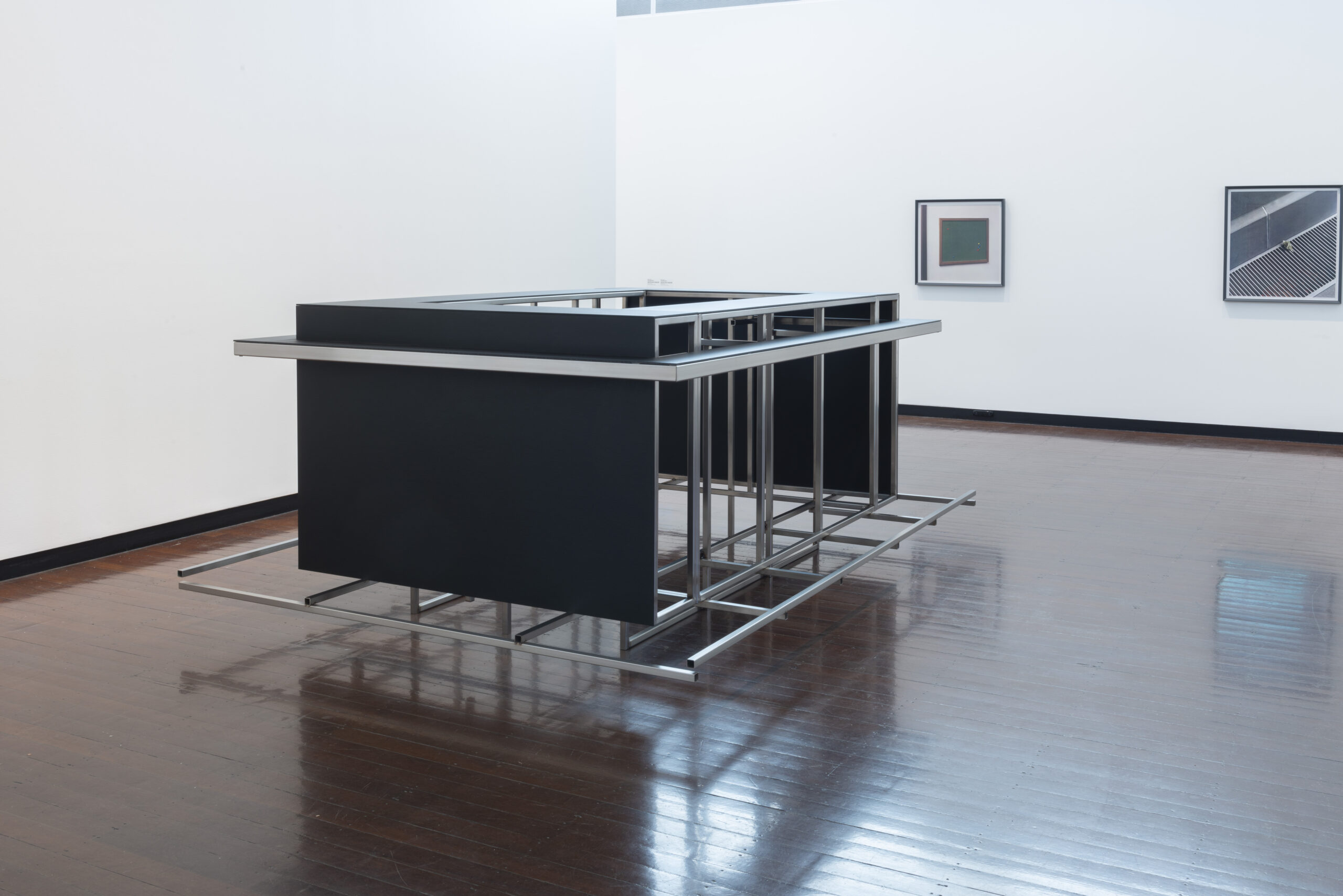 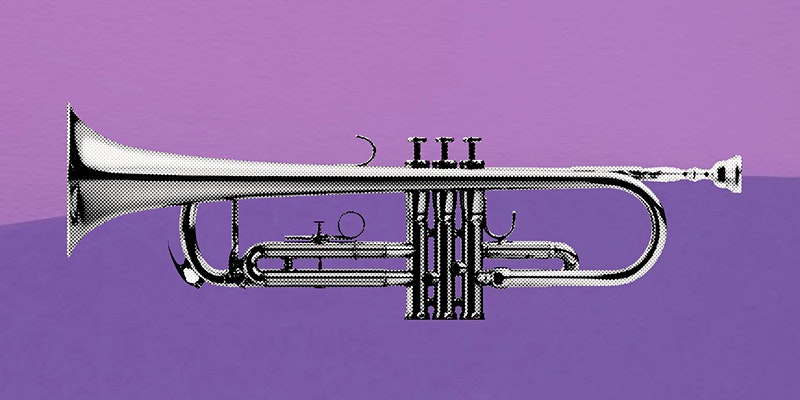 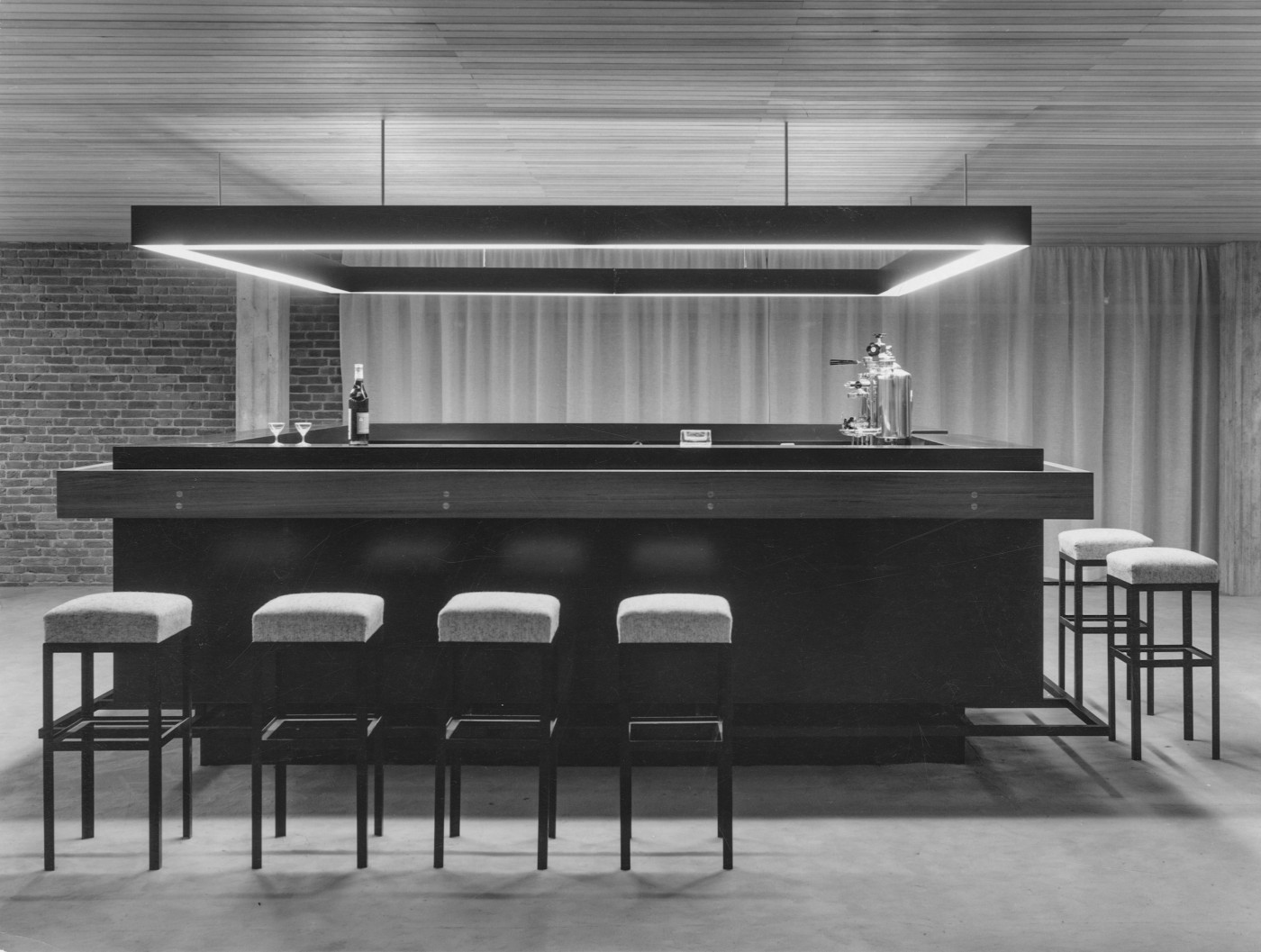 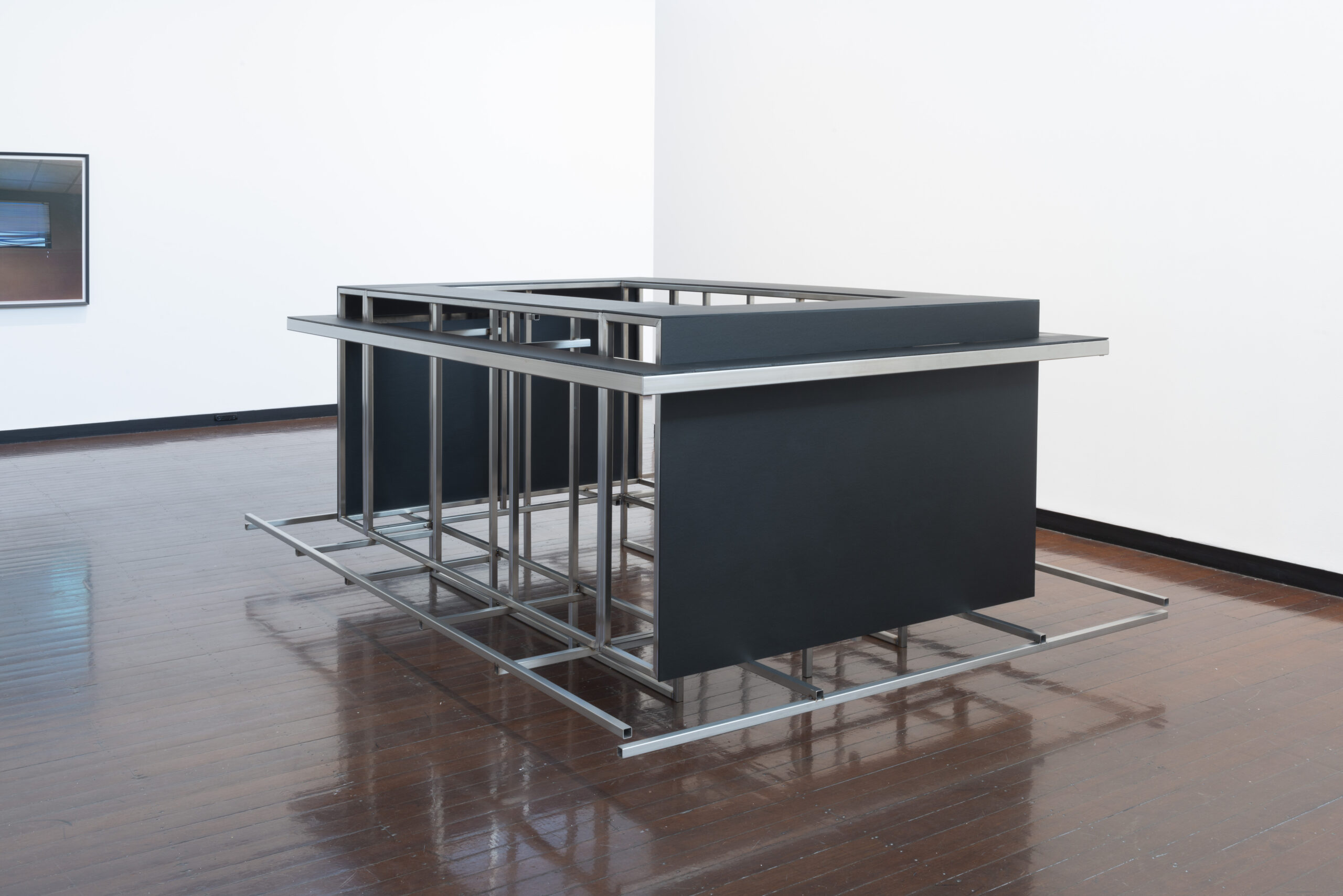 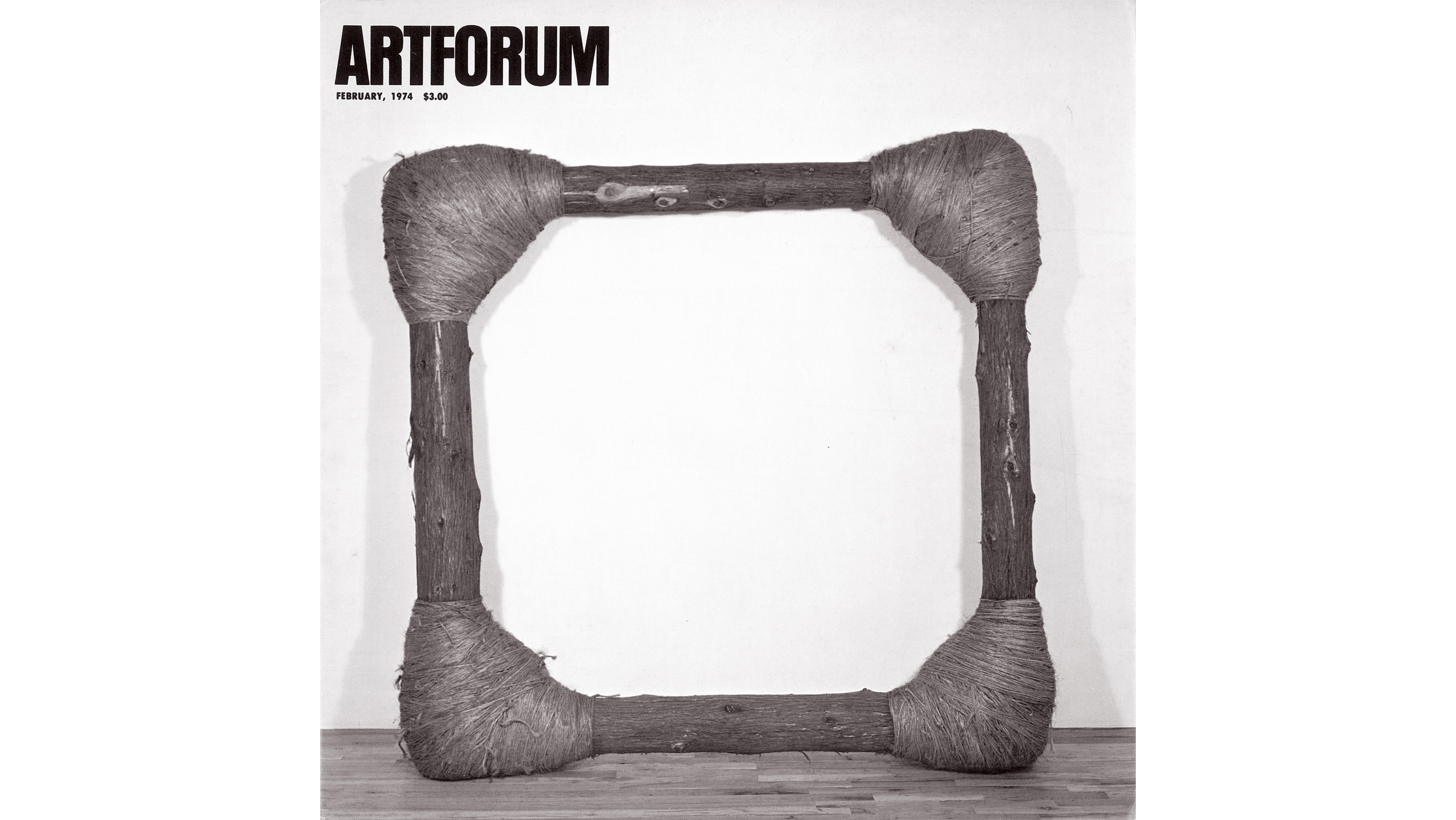