As part of the symposium – Murrudha: Sovereign Walks/Still in my mind and in conjunction with Kev Carmody being awarded an Honorary Doctorate by the Australian National University, we welcome you to join us for a panel discussion on oral history through song and language. Attendance is free, but registration is essential. Please book at https://qa-kev-carmody.eventbrite.com.au

Cathy Craigie is a Gamilaraay and Anaiwon woman from northern NSW and has worked in media and the arts for over 20 years. Cathy has also worked in Aboriginal Affairs for over thirty years. One of the original founders of Koori Radio and former Director of the Aboriginal and Torres Strait Islander Arts Board of the Australia Council, Craigie was also Deputy Director-General of the NSW Department of Aboriginal Affairs. Cathy’s experience ranges across disciplines and she has worked in health, housing, environmental, legal, media and the arts. She is particularly interested in First Nations’ stories and their relevance today, and is currently developing a play transforming the Gamilaroi traditional story of the Seven Sisters constellation. She has written several plays and essays and has worked part time as an Aboriginal arts consultant. Further: https://writingnsw.org.au/people/cathy-craigie/; https://www.austlit.edu.au/austlit/page/A34276;

Dr Kev Carmody is one of Australia’s pre-eminent singer songwriters, a wordsmith whose often politically charged and socially aware lyrics early in his career found him described as “Australia’s black Bob Dylan”. Of Aboriginal and Irish heritage, both cultures famous for oral histories in song, Kev was born to be a story-teller. Arguably his best known composition (with Paul Kelly) is ‘From Little Things Big Things Grow’, based on the story of The Gurindji Strike and Vincent Lingiari as part of the struggle for indigenous land rights and reconciliation. This song won Heritage Song of the Year at the 1994 Country Music Awards of Australia. Kev began writing songs in the mid 1960s. He released his first album ‘Pillars of Society’ in December 1987, one of the most powerful protest albums, from Australia or anywhere else, fuelled by anger at injustice and hypocrisy. Rolling Stone magazine described the album as “The best album ever released by an Aboriginal musician and arguably the best protest album ever made in Australia”. His 2007 album ‘Cannot Buy My Soul’ was refreshed in 2020, a double album of original Carmody songs and those same songs reinterpreted by some of this country’s most respected performers: Paul Kelly, Courtney Barnett, Archie Roach, Bernard Fanning, John Butler, Steve ¬Kilbey, Kate Miller- Heidke, Alice Skye, Kasey Chambers, Jimmy Barnes, Troy Cassar-Daley, Missy Higgins, Augie March, Electric Fields and others. The Australian described it as “not just a simpletribute album. It is a showcase of Kev’s enduring power as a songwriter and performer, and in the great ¬tradition of Indigenous storytelling, a passing on of his songs to younger generations and beyond.” John O’Donnell, Head of EMI Music, which produced the album said, “I do think this work, and Kev’s words, his songs, need to be spread as far as they can be spread, these are history lessons… that sounds a little corny but they are living histories that need to be retold and not forgotten… Many of the stories around black deaths in custody, around the Stolen Generations, these things all happened in my lifetime and it’s quite gobsmacking to think that not that long ago Indigenous children were taken away from their parents, that we’re still living in an era when black deaths in custody is still an issue, is still a problem.” Kev has received numerous significant awards and acknowledgements throughout his distinguished career. In 2022 Kev will receive an Honorary Doctorate from the ANU for his For exceptional contribution to the creative arts and his advocacy and promotion of First Nations Knowledges, Storywork and Rights through Storytelling, Oral History and Music. Further: https://www.kevcarmody.com.au/about-kev; https://uqres.com/kev-carmody-house/who-is-kevcarmody/; https://www.abc.net.au/news/2022-06-28/kev-carmodyopens-up-on-secret-stolen-childhood/101182426

Brenda Gifford is a First Nations, Yuin woman originallyfrom the Wreck Bay area. Her country, community and culture are the basis of her arts practice. She is a contemporary classical composer and creates music for ensembles, orchestras, choirs, dance and theatre performances, and festivals. She works collaboratively and is a classically trained saxophonist and pianist. Her music has been performed at venues such as the Sydney Opera House and internationally, and is available through ABC Classical & Jazz Music. As a composer and classically trained saxophonist and pianist Brenda has performed solo and with other jazz, classical and rock musicians at a wide variety of Australian and international venues. This includes the Bart Willoughby Band, the Kevin Hunt Trio, Black Arm Band, events and concerts such as the Byron Bay Blues Festival, Enlighten, Yabun and NAIDOC Weekevents. In 1980–90, as a saxophonist and member of the band Mixed Relations (Bart Willoughby), Brenda toured extensively through Aboriginal communities, Australian cities and towns, NZ and the Pacific Islands, USA, Europe and HongKong.

Cheryl is a Dhurga/Ngarigo/Walbunga visual artist andperformer. The Djinama Yilaga Choir is an intergenerational Yuin choir, establish in 2019 and led by renowned Walbunga/Ngarigo artist, Cheryl Davison. Djinama Yilaga perform songs in Dhurga language. Yuin people were often multi-lingual, speaking and understanding languages of neighbouring and visiting groups. Dhurga was spoken and understood by many within the 13 tribes of the Yuin Nation. It was the dominant tongue of the Walbunga people of the Broulee region and the Brindja Yuin people of Moruya. The choir emerged as a mechanism to revitalise language through song, following a unique pedagogy established by Westpac scholar, Dr Lou Bennett AM. The community led project, supported by Dr Lou Bennett was initially funded by the National Museum of Australia and Four Winds,Bermagui. The choir has gone from strength to strength and is continually requested to perform at local and national events. In 2021 they performed at the Easter Four Winds Festival to great acclaim, and to a sold-out show at the National Museum of Australia. Further: https://www.nma.gov.au/about/culturalconnections-program/partners/four-winds-festivals/cheryldavison; https://www.abc.net.au/radio/programs/australiawide/djinama/12230096

Will Kepa is a proud Iamalaig man from the Kulkalgau Clan of Iama (Yam Island) and the Kulkalgal Nation of Central Zenadth Kes (Torres Strait Islands). A multi-instrumentalist, session musician, music producer and sound engineer, is currently studying a Bachelor of Music – Composition for Film and Video Games. He has spent his career recording and producing more than twenty albums of traditional, sacred, and secular music from remote Indigenous communities throughout Cape York and the Torres Strait Islands – in addition to countless mainstream contemporary recording projects; written jingles for T.V. and Radio, score and design film music; toured abroad with national and international performing artists, and also maintains a parallel career in the live Audio-Visual industry. He established and is currently leading Yil Lull Studio at the ANU School of Music while carrying out his part-time study commitments. Further: https://www.australianmusiccentre.com.au/artist/kepa-will; https://nitro.edu.au/articles/2022/10/11/in-conversation-with-will-kepa-director-of-the-yil-lullindigenous-recording-studio; https://www.anu.edu.au/news/all-news/anu-launchesindigenous-music-studio-to-%E2%80%9Ckeep-fireburning%E2%80%9D 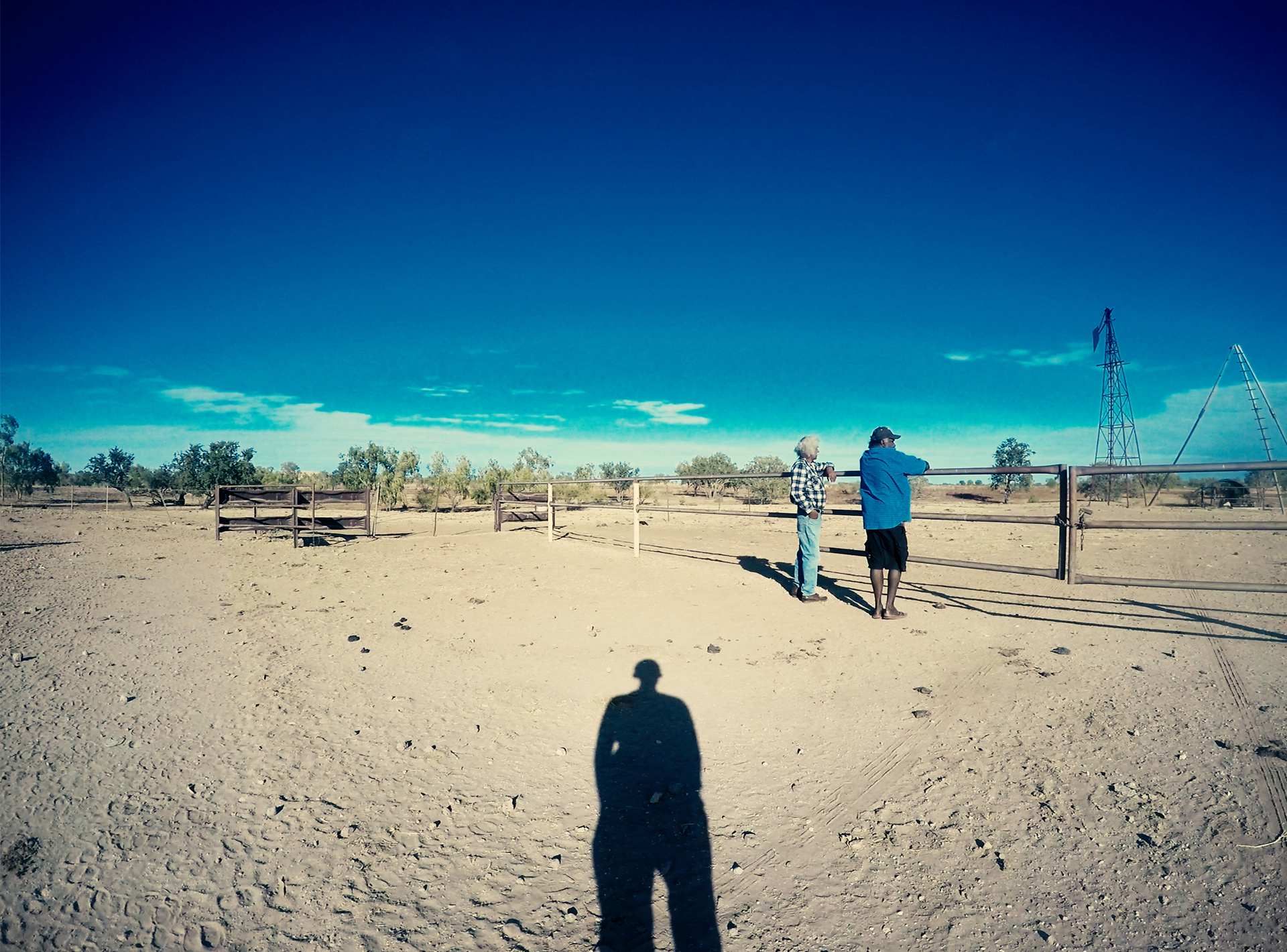 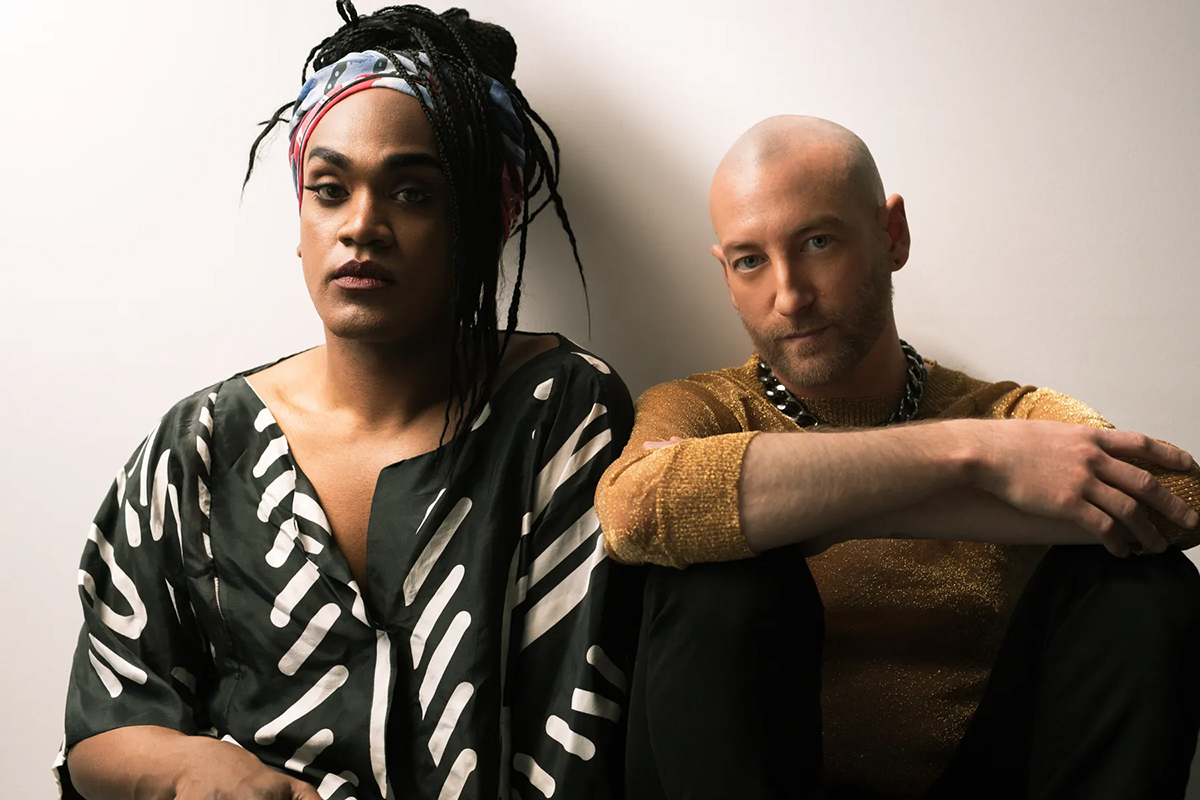