Past Exhibition Here I Give Thanks… John R Walker

Here I give thanks… is the subtitle of this exhibition. It brings together a group of John R Walker’s works inspired by particular landscapes: the Shoalhaven for instance, which has been so strongly associated with Arthur Boyd.The exhibition’s title derives from a painting, Six Days at Bundanon and I Give Thanks to Arthur Boyd (2001). Colin McCahon’s rapport with his surroundings in New Zealand is also an inspiration. McCahon’s Six Days in Nelson and Canterbury (1950) is composed of six panels, similar to the frames of a comic strip – this is echoed by Walker’s recent work.

In the early 1960s the Sydney painter John Olsen became famous for applying Paul Klee’s adage of ‘taking a line for a walk.’ Olsen’s paintings of the time were epic in scale, and John R Walker continues in this tradition.

The eye is encouraged to wander over his large surfaces, in effect to stray along pathways and prominences half real, half imagined.

John R Walker has been a Braidwood resident for more than a decade. This exhibition, curated by Glenn Barkley, shows his distinctive, ambitiously-scaled renditions of landscape.

Since then, Walker’s approach to large-scale, ambitious painting sees the works function as enveloping landscapes in their own right, where the artist movements – from wrist to elbow, moving back and forth from micro, detailed incident to broad gestural sweeps of sky and earth – are integrated in the artworks creation and meaning.

The flicker and shimmer of the paintings’ surfaces become a metaphor for walking through the landscape itself. The act of viewing becomes as physical as the act of painting, and the hills and scrub are now imbued with deep spiritual and mystical power. 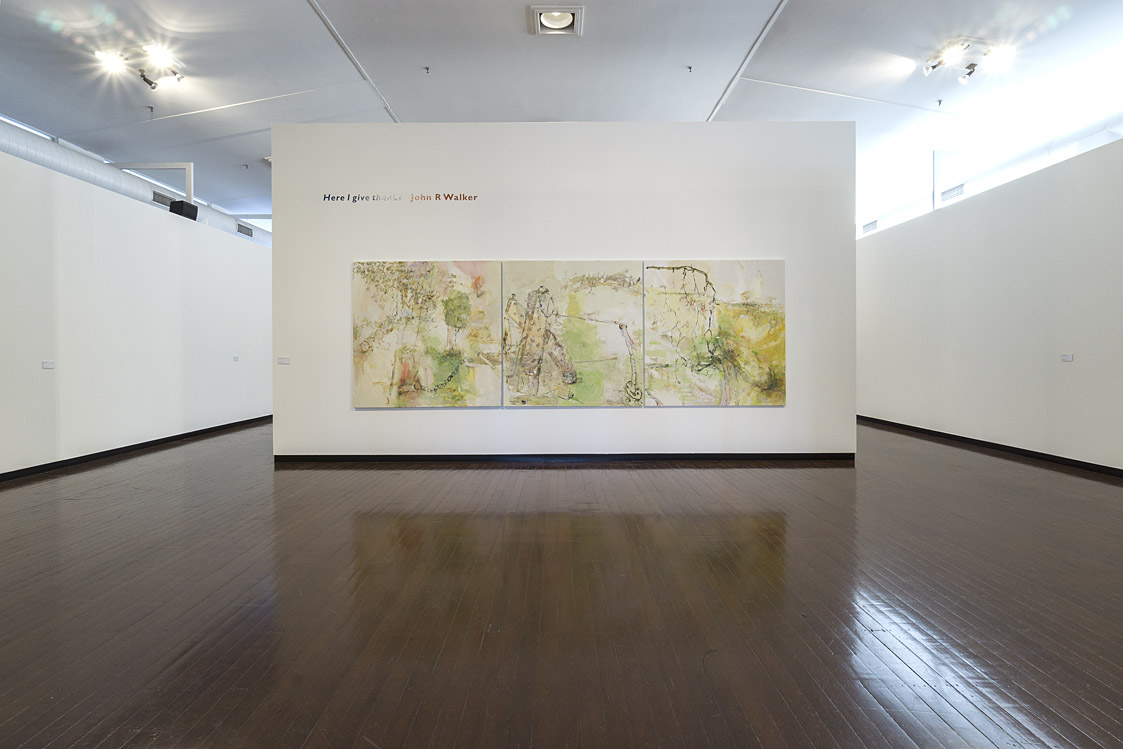 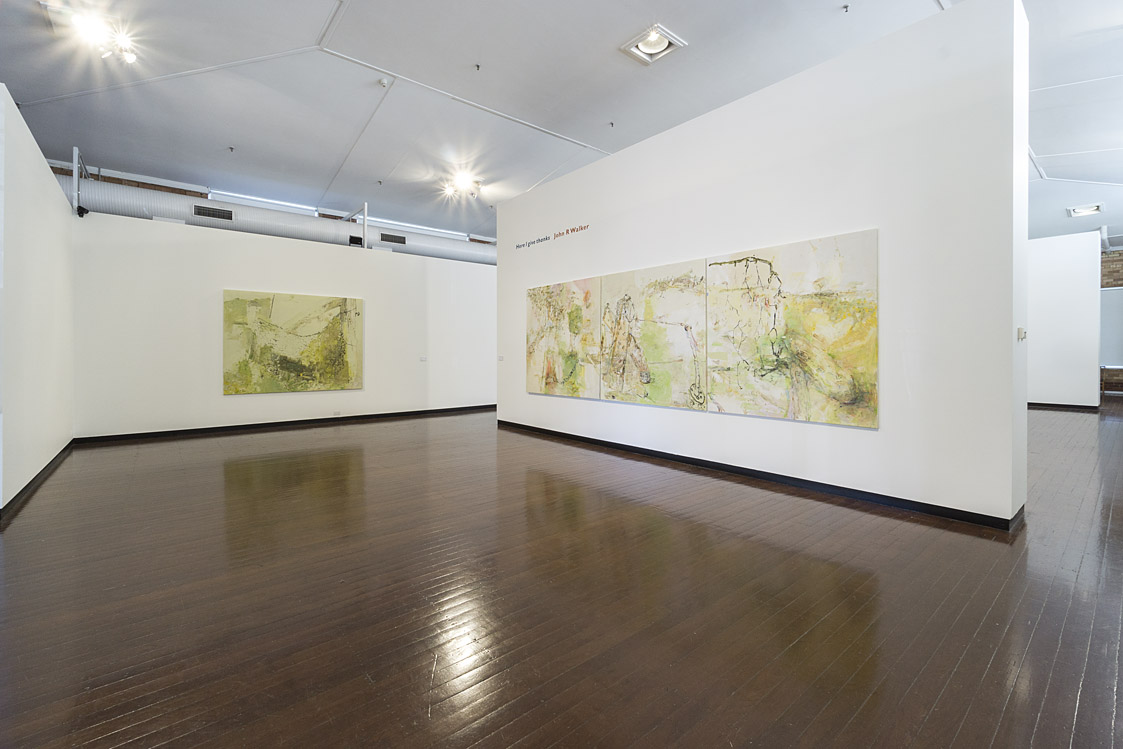 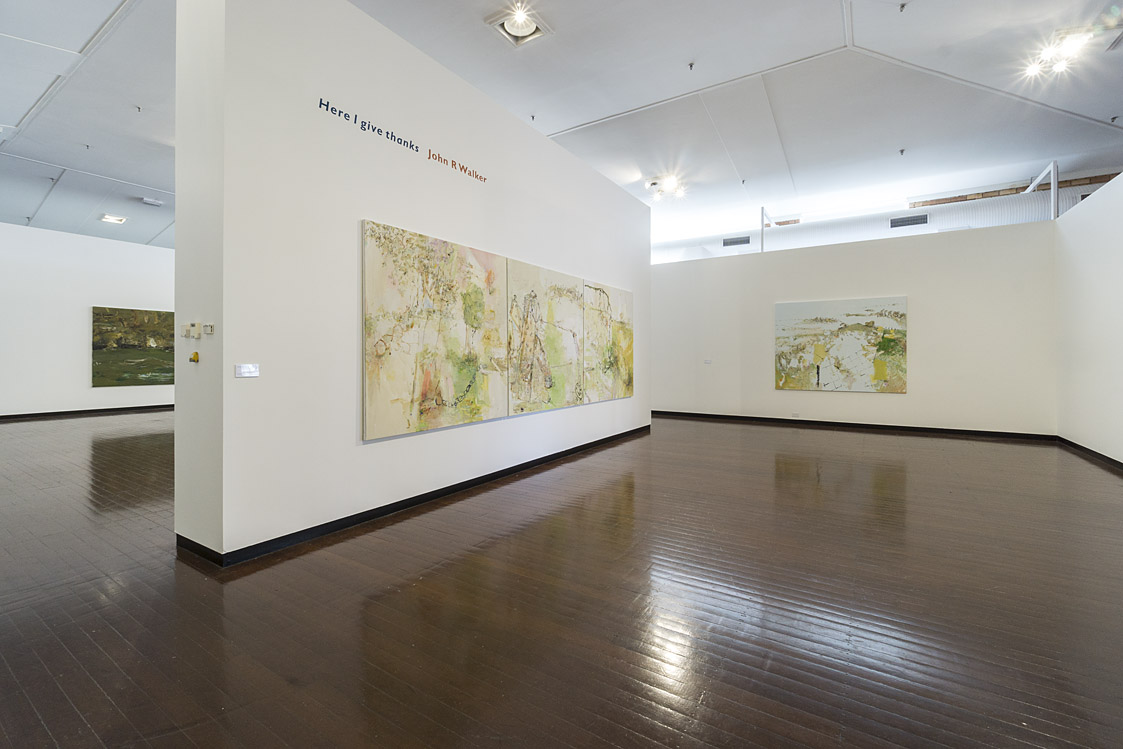 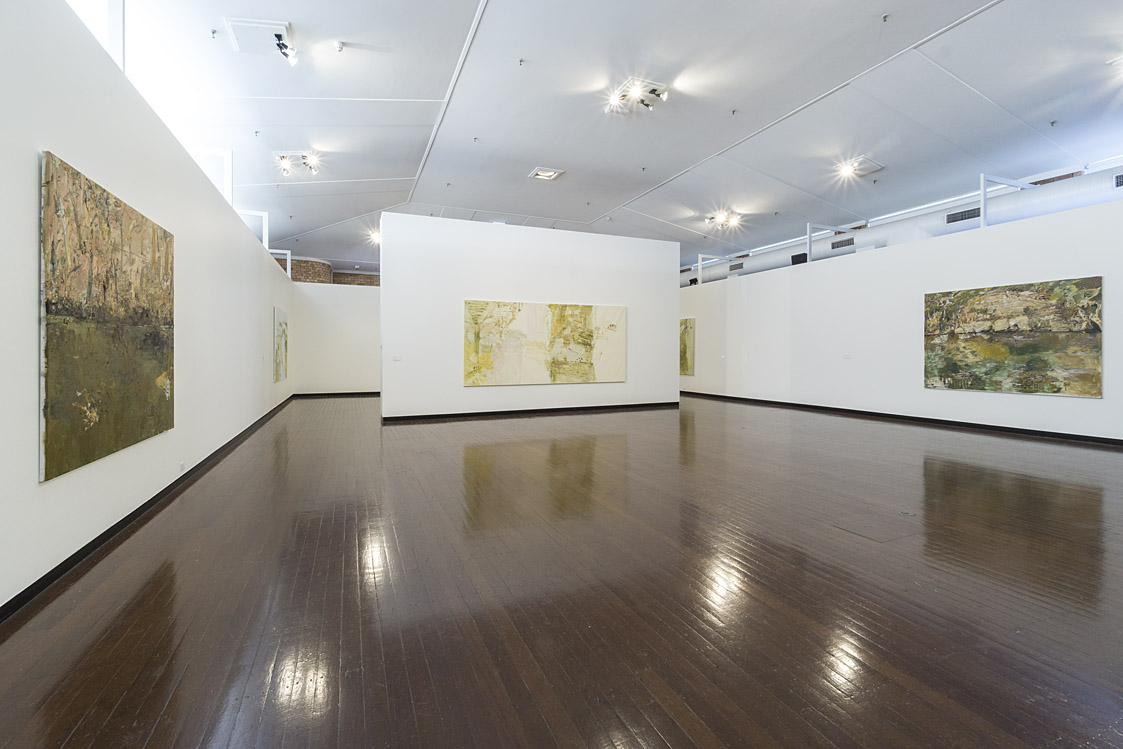 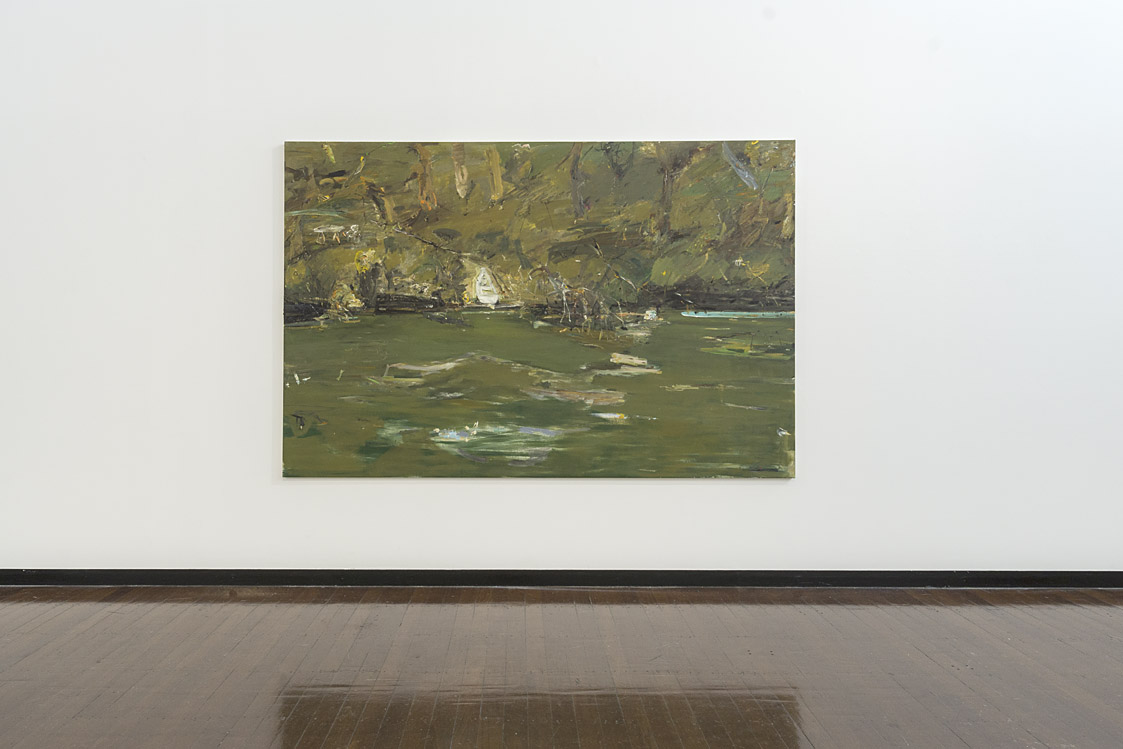 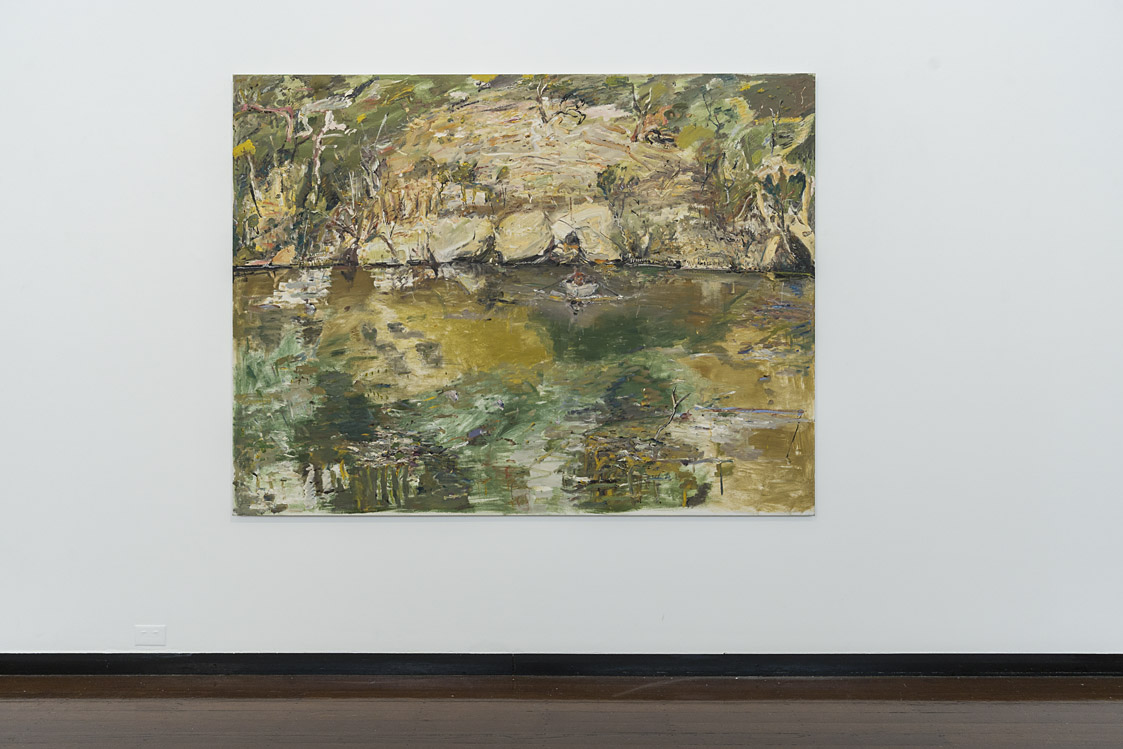 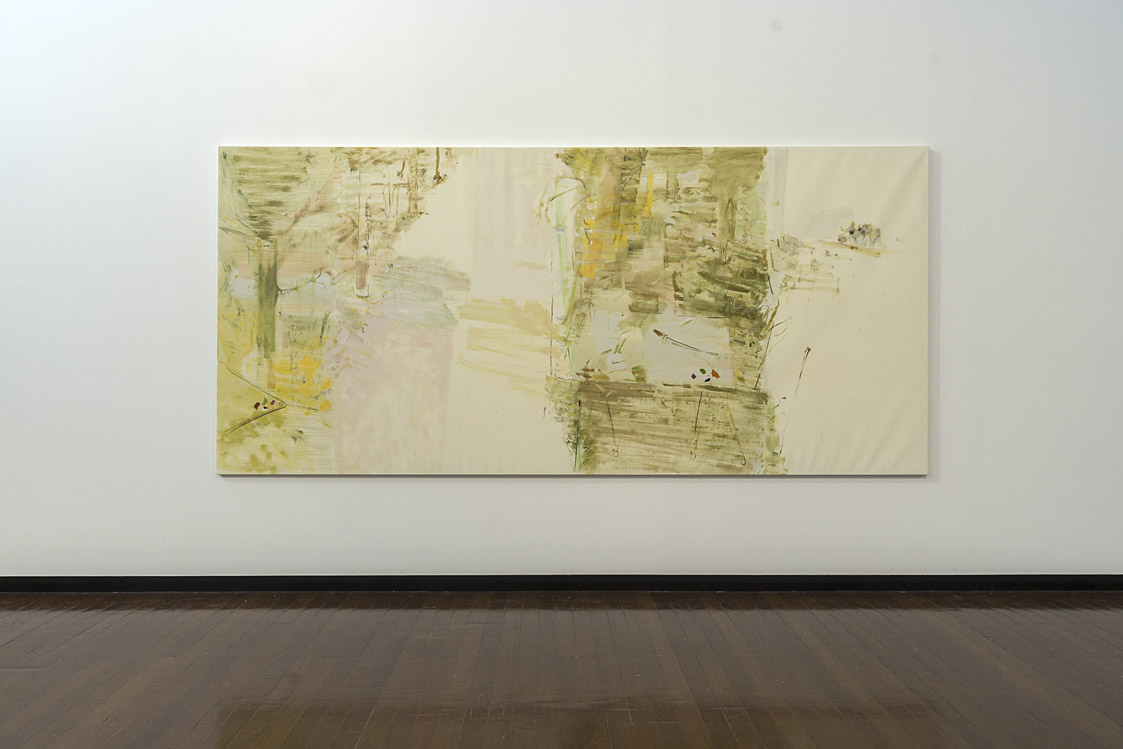 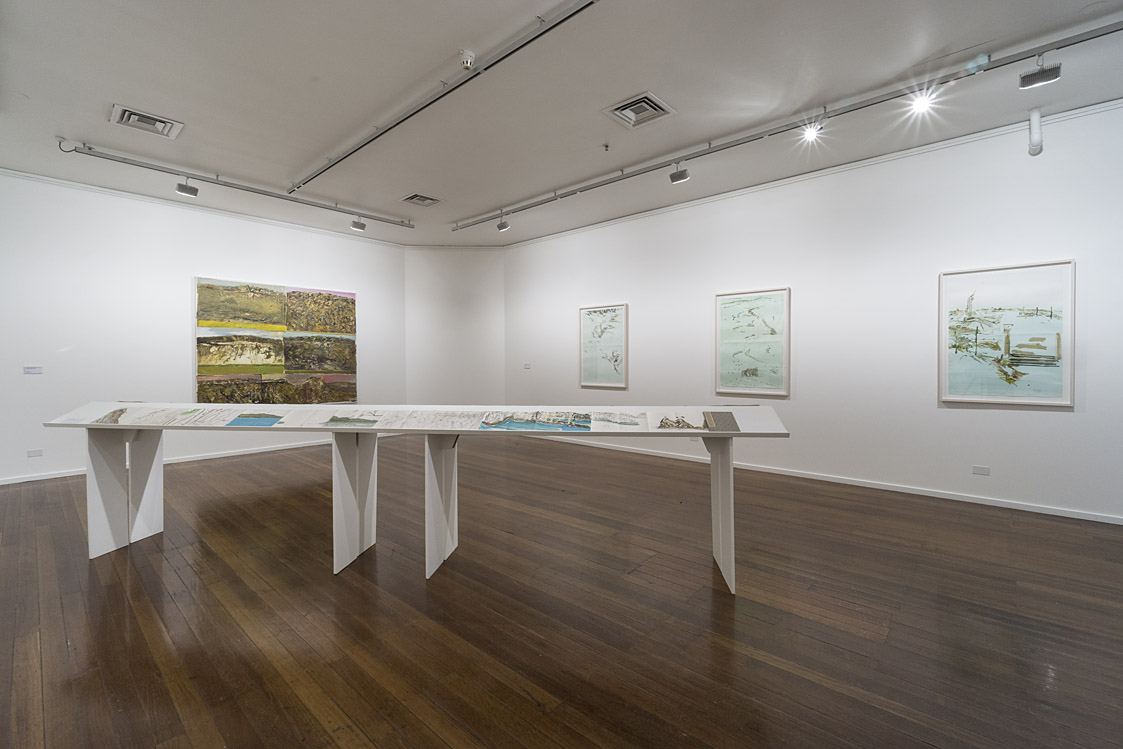 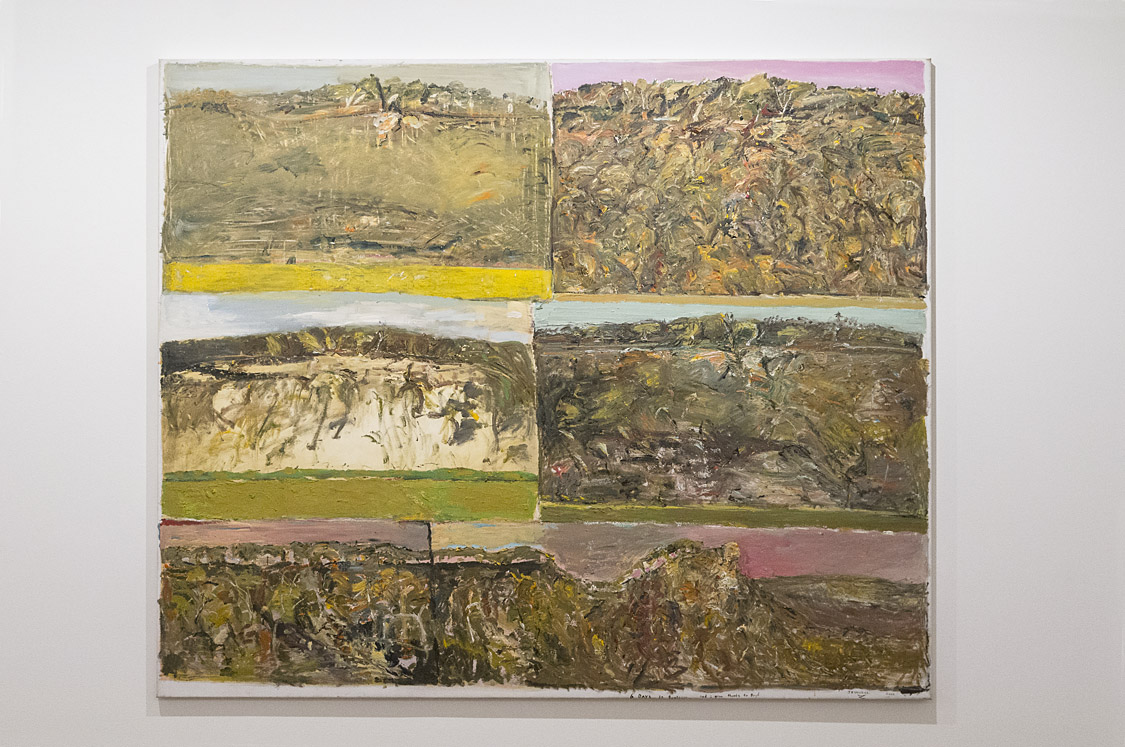 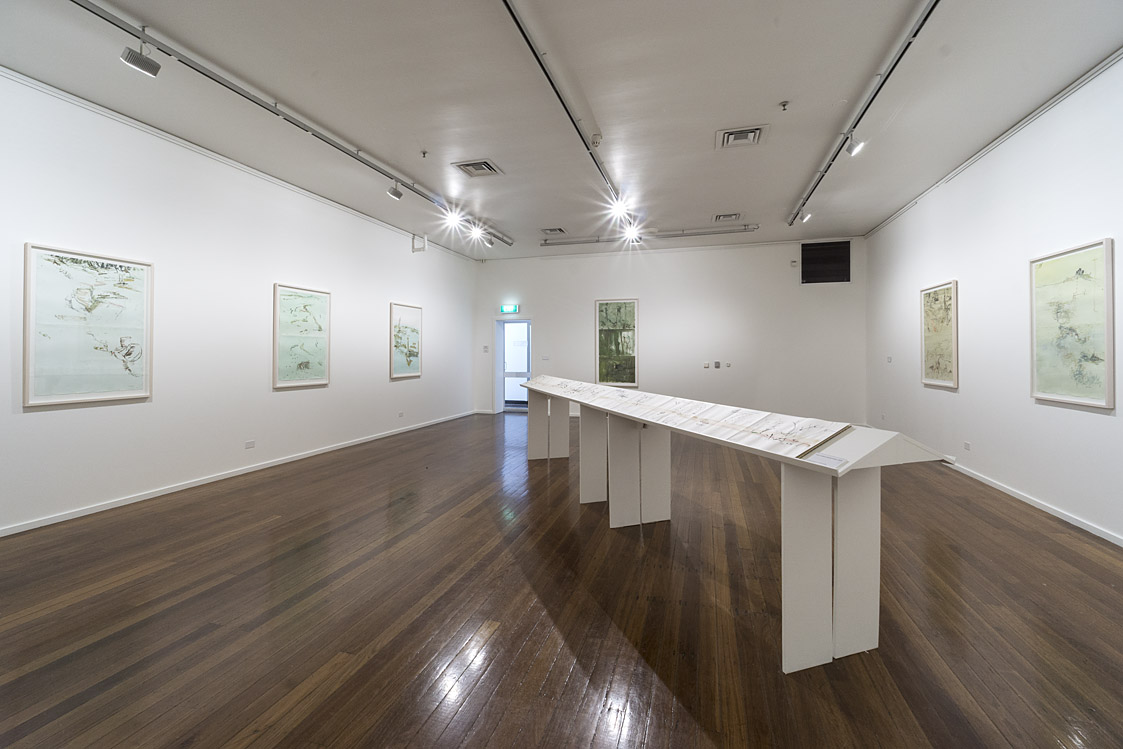 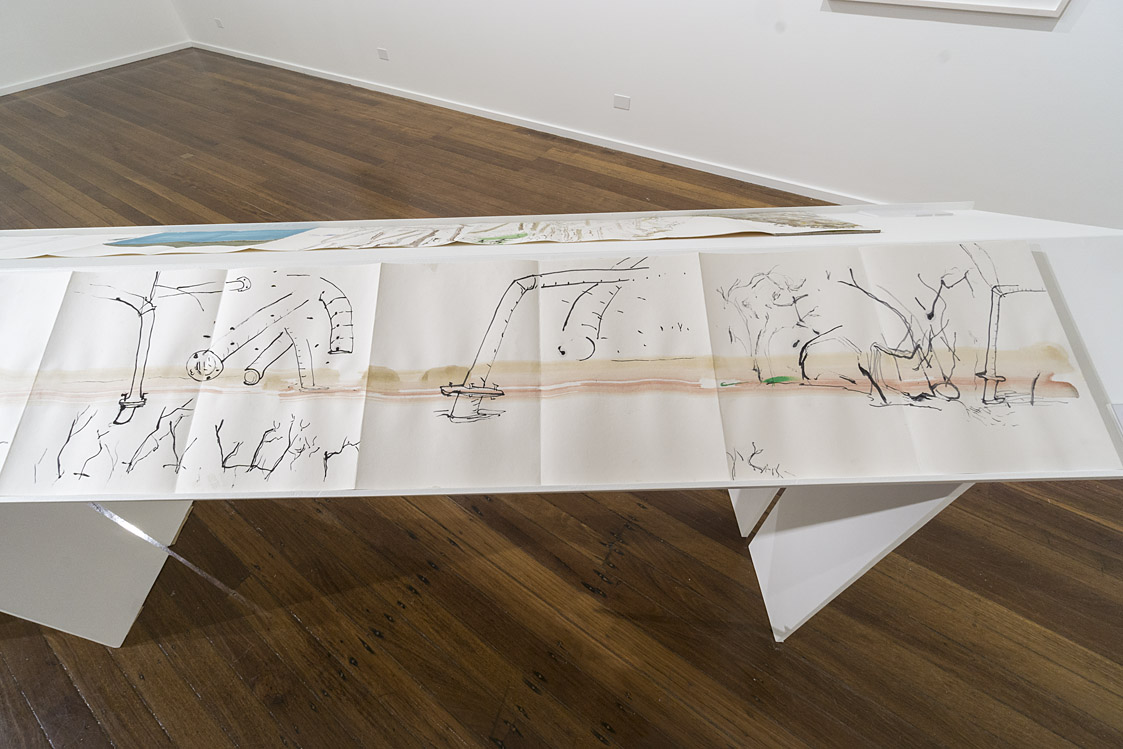 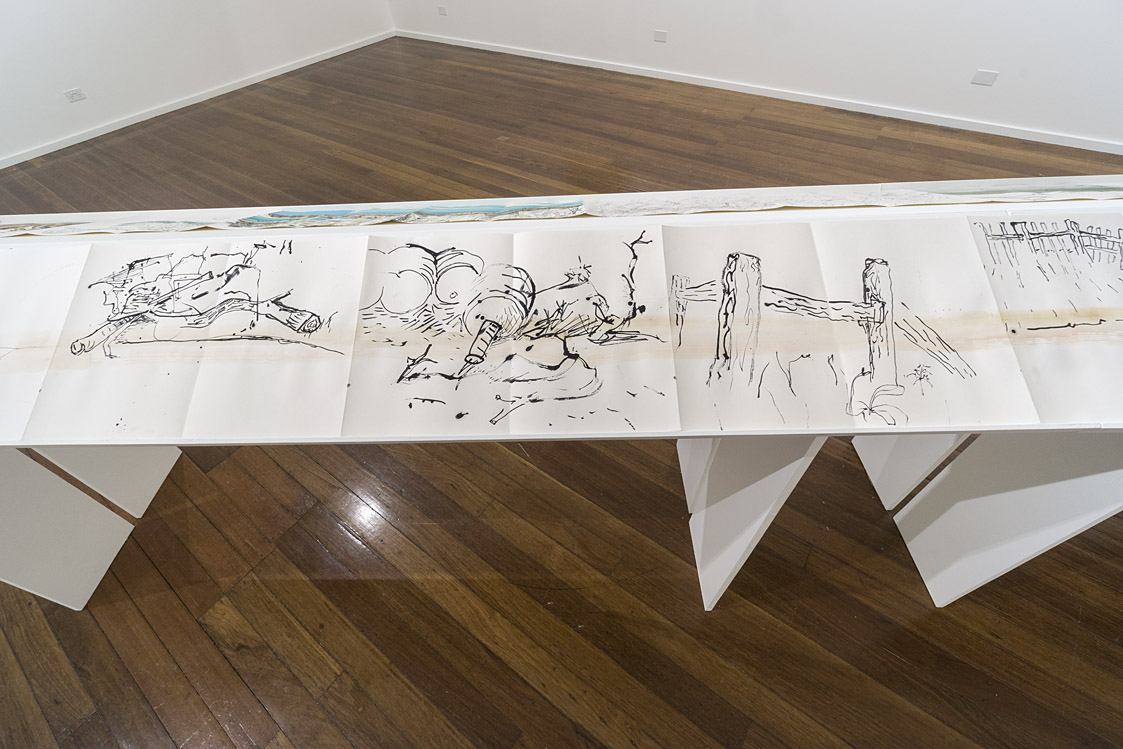 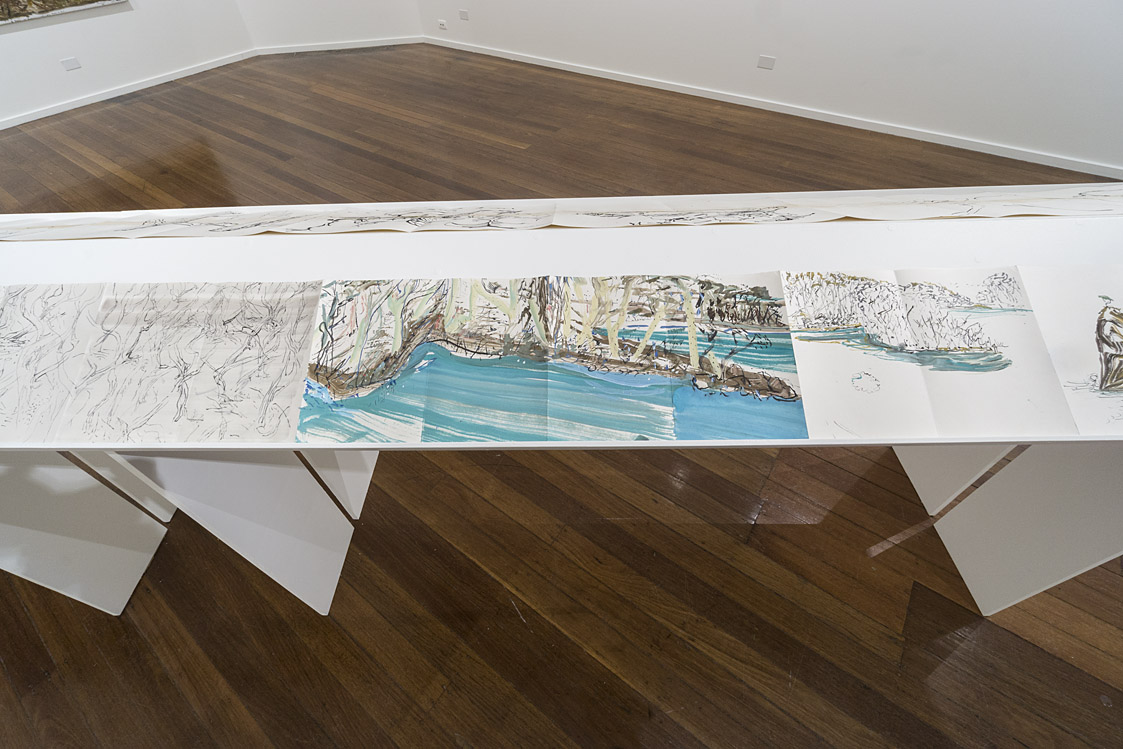 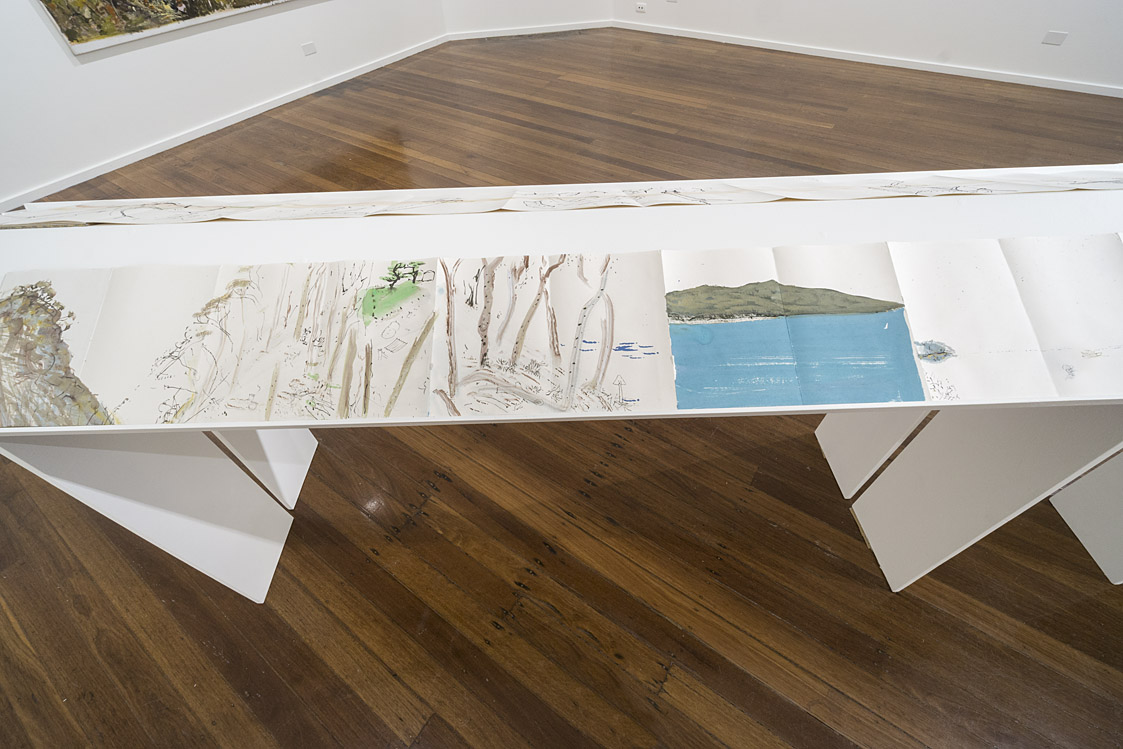 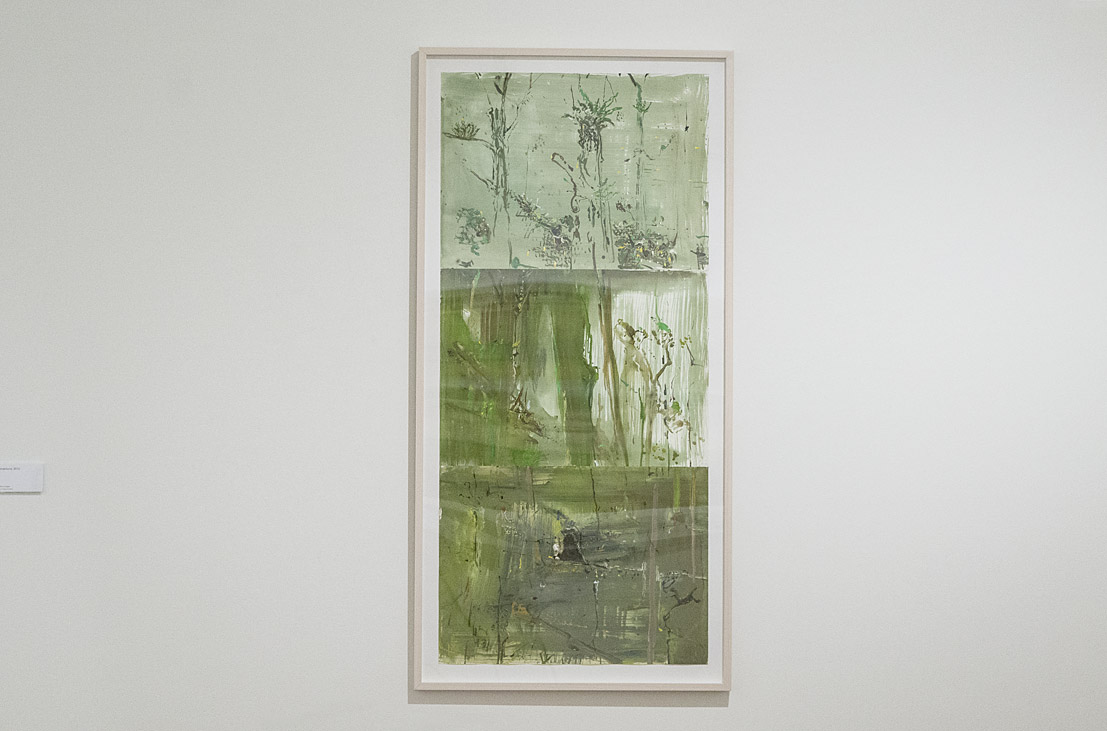 Art review: Here I Give Thanks by John R. Walker pays homage to Boyd

Review by Sasha Grishin for the Sydney Morning Herald, 9 July 2015.