Elisabeth Cummings graduated from the National Art School in Sydney in the 1950s as part of a cohort of high achievers. Her generation witnessed the heyday of Abstract Expressionism: she was 22 years old when Jackson Pollock died. The energised handwriting and glorious sprawling webs we observe in so many of her canvases hints at the liberating influence that she, like so many of her contemporaries absorbed from Pollock and de Kooning, not to mention Olsen and Fairweather. However, while Cummings’ images seem steeped in the language of post-war abstraction, her work has rarely renounced its dependency on landscapes, interiors and (quite rarely) figures.

Her painting maintains a spirited dialogue with a rich and varied tradition, in particular with her revered forerunners Bonnard, Vuillard, Braque, Fairweather and Cossington-Smith. Yet perhaps  the most crucial factor which lends the most  distinctive character to her paintings is the spirit of the Australian bush: since 1970, Cummings has occupied a home and studio  in an artists’ colony in Wedderburn, overlooking  a steep, heavily wooded gully nearby  the Georges River, south of Sydney.

“We owned the land together,” said Cummings.  “There were five of us in the beginning. There was me, Joan Brassil, John Peart, Roy Jackson and Fred Braat. We had twenty-five acres and we all had our studios.” Her complicity with Peart and Jackson was especially profound. Their deaths within two months of each other in 1989 was a great loss to her.

While most of her contemporaries from the National Art School had established careers and gained substantial recognition well before she did, the twenty-first century has been kind to Elisabeth Cummings. She is now among the most widely acclaimed and best-loved painters of her generation. “One only has to look at the surfaces of Cummings’s pictures to see what fierce battles have been fought,” wrote Sydney critic John McDonald. “She has got better with age, which goes against the grain of most Australian artists who historically and traditionally go off with age.”

An avid and repeated  visitor to remote areas of Australia, Cummings has been traversing the country since the 1980s. She has spent regular periods in the Flinders Ranges, visiting Arkaroola, the Gammon Ranges and their surroundings. Her painting excursions have encompassed Lake Mungo, The Kimberleys, Elcho Island (as an invited guest of the Indigenous community), Menindee, West MacDonnell Ranges, Fowlers Gap, the Monaro and Currumbin in Queensland.  These painting journeys are not limited to Australia. In 1994 she completed a residency in Waiheke, New Zealand; another in 2075 at The Nock Art Foundation in Hong Kong, and in 2016 residencies in Queenstown, New Zealand and Moonee Beach, Coffs Harbour. These residencies all produced works for exhibition in private and public galleries.

The Drill Hall Gallery exhibition, curated by Sioux Garside, surveyed Cummings’s sumptuous paintings of studio interiors and her evocations of the landscape. Curator Sioux Garside was the founding Director of the Campbelltown Art Gallery and was Director of the Sydney University Art Gallery. As a freelance curator her most recent projects have included surveys of the Wedderburn painters Roy Jackson and Suzanne Archer. Cummings’s Interior Landscapes toured Australia between 2017 – 2019. 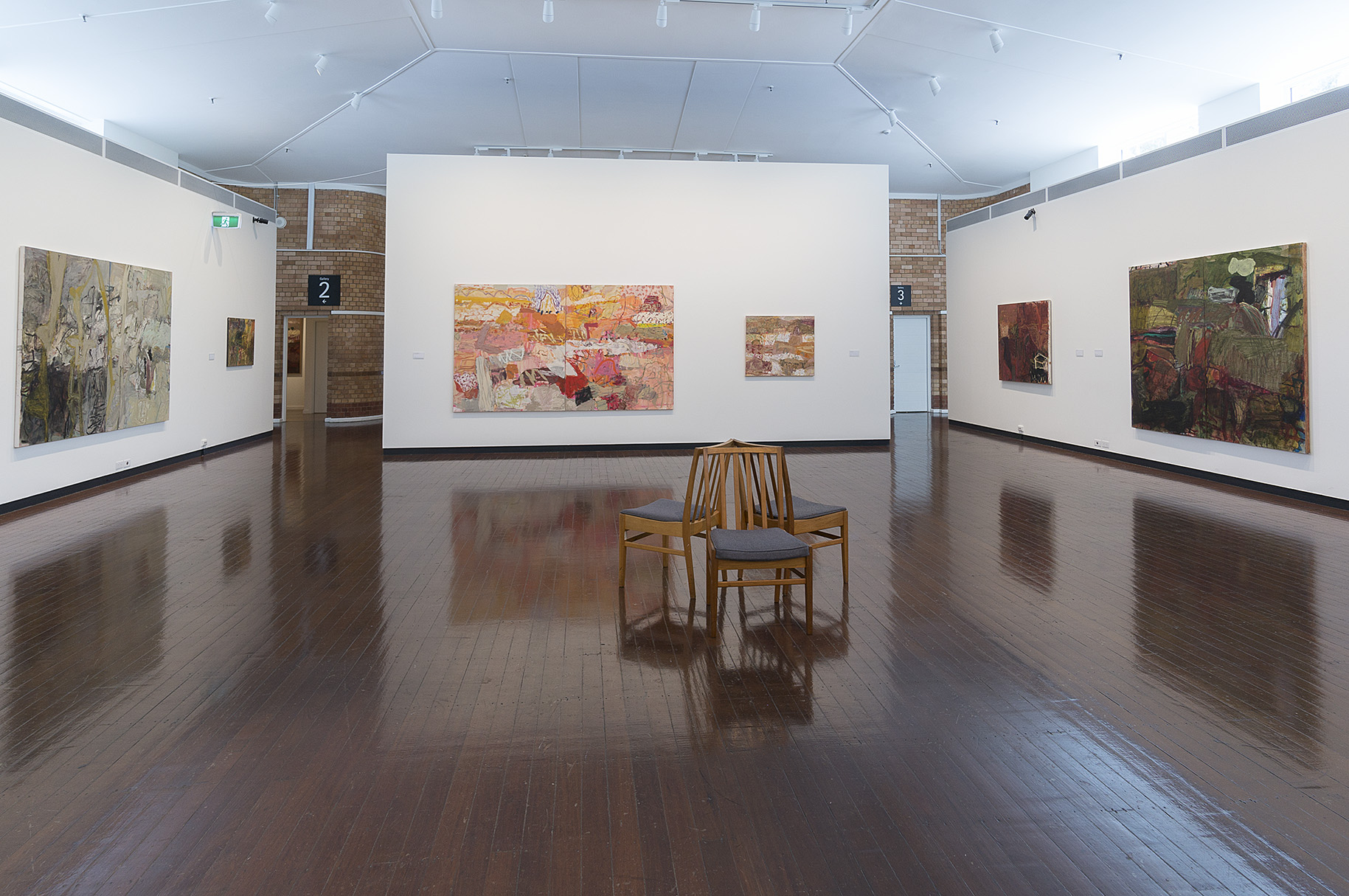 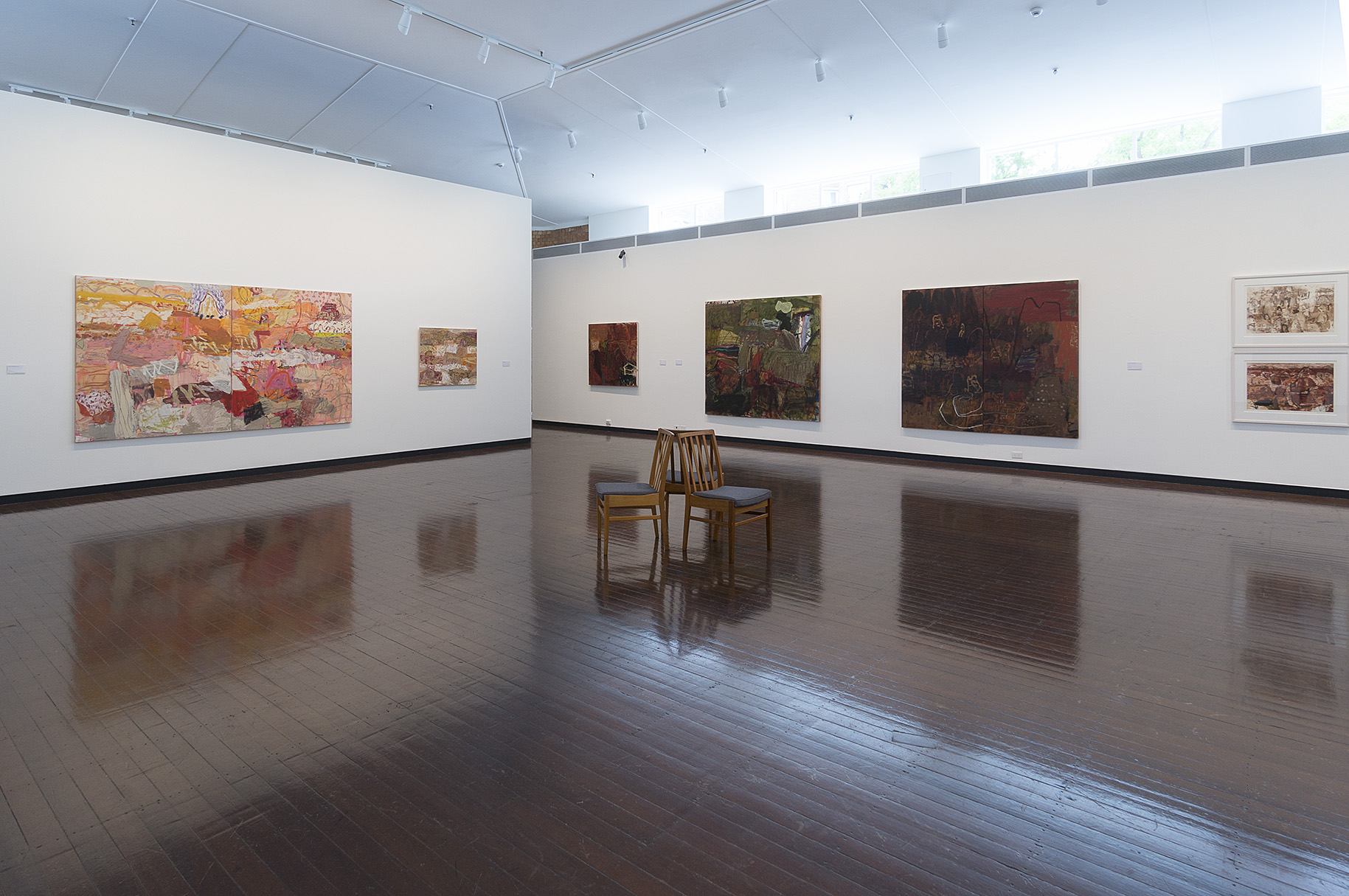 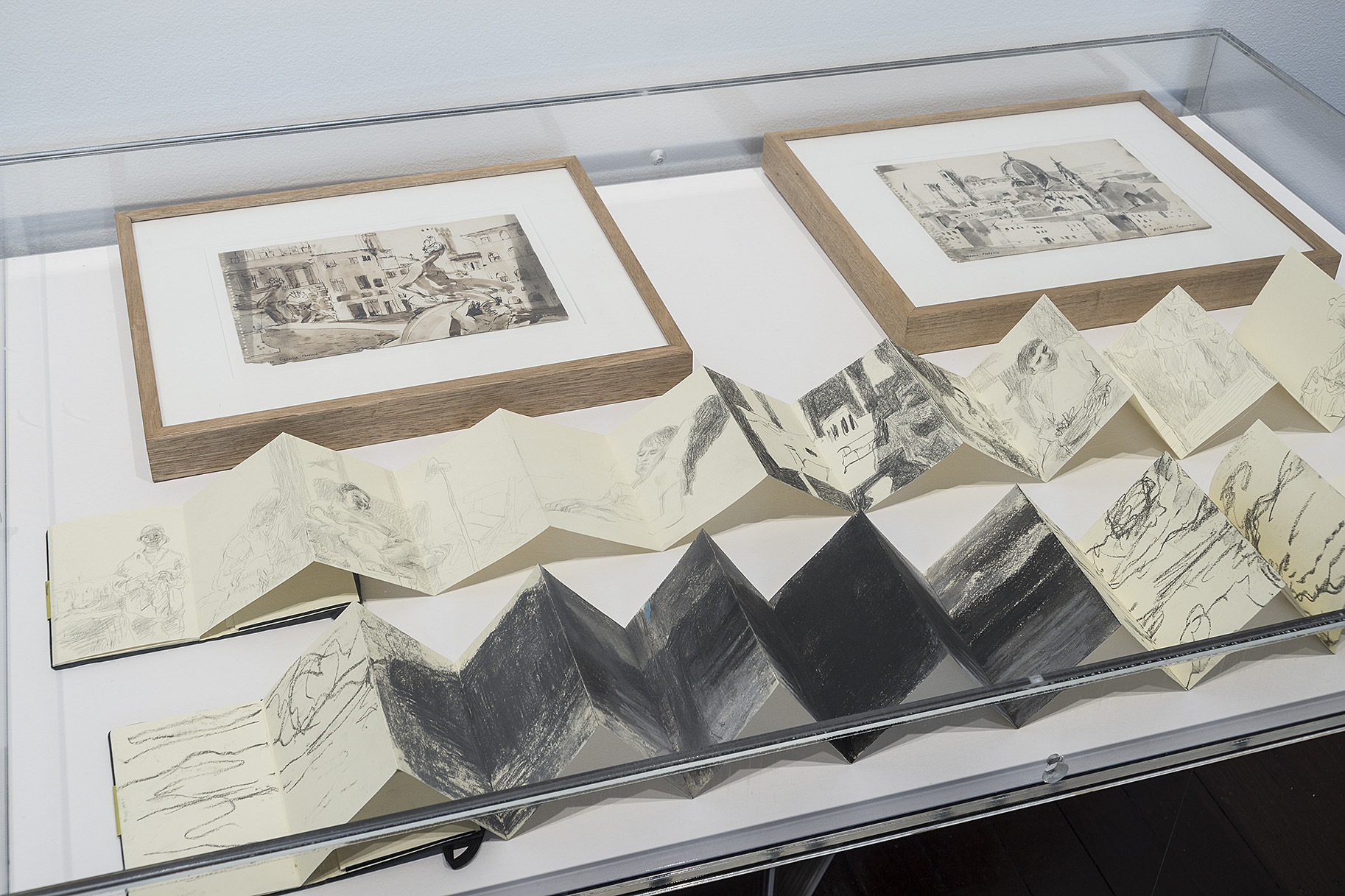 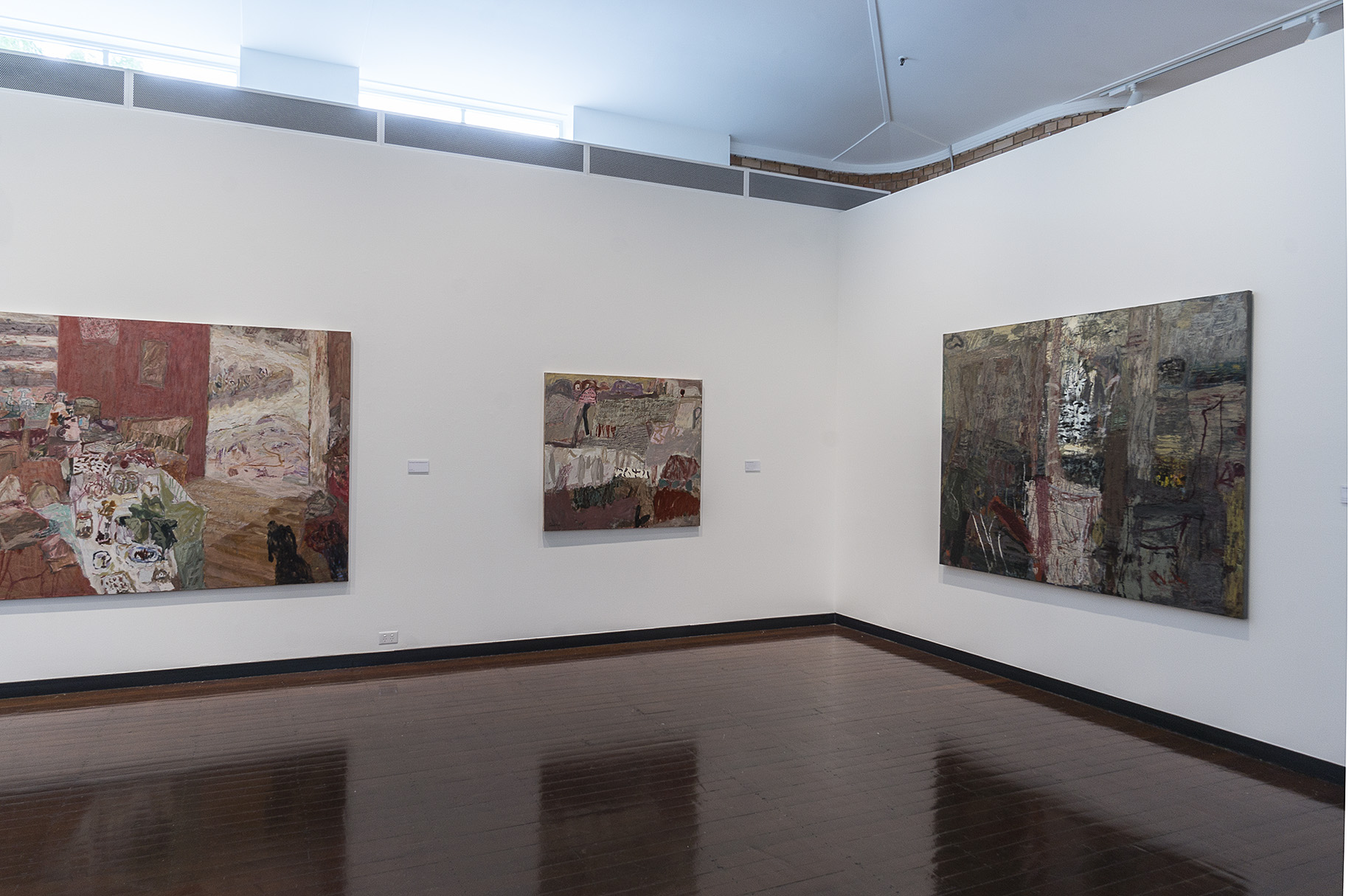 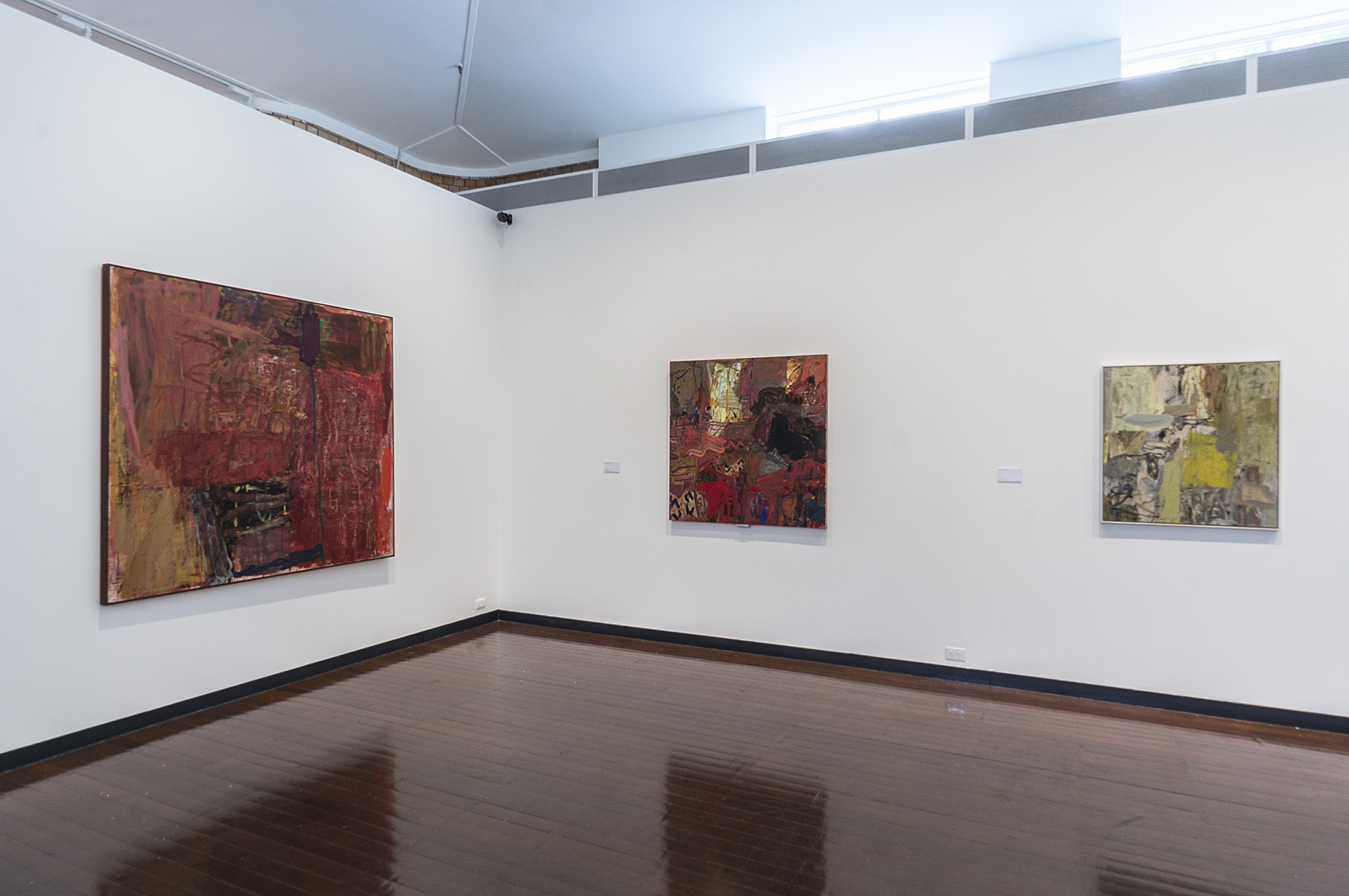 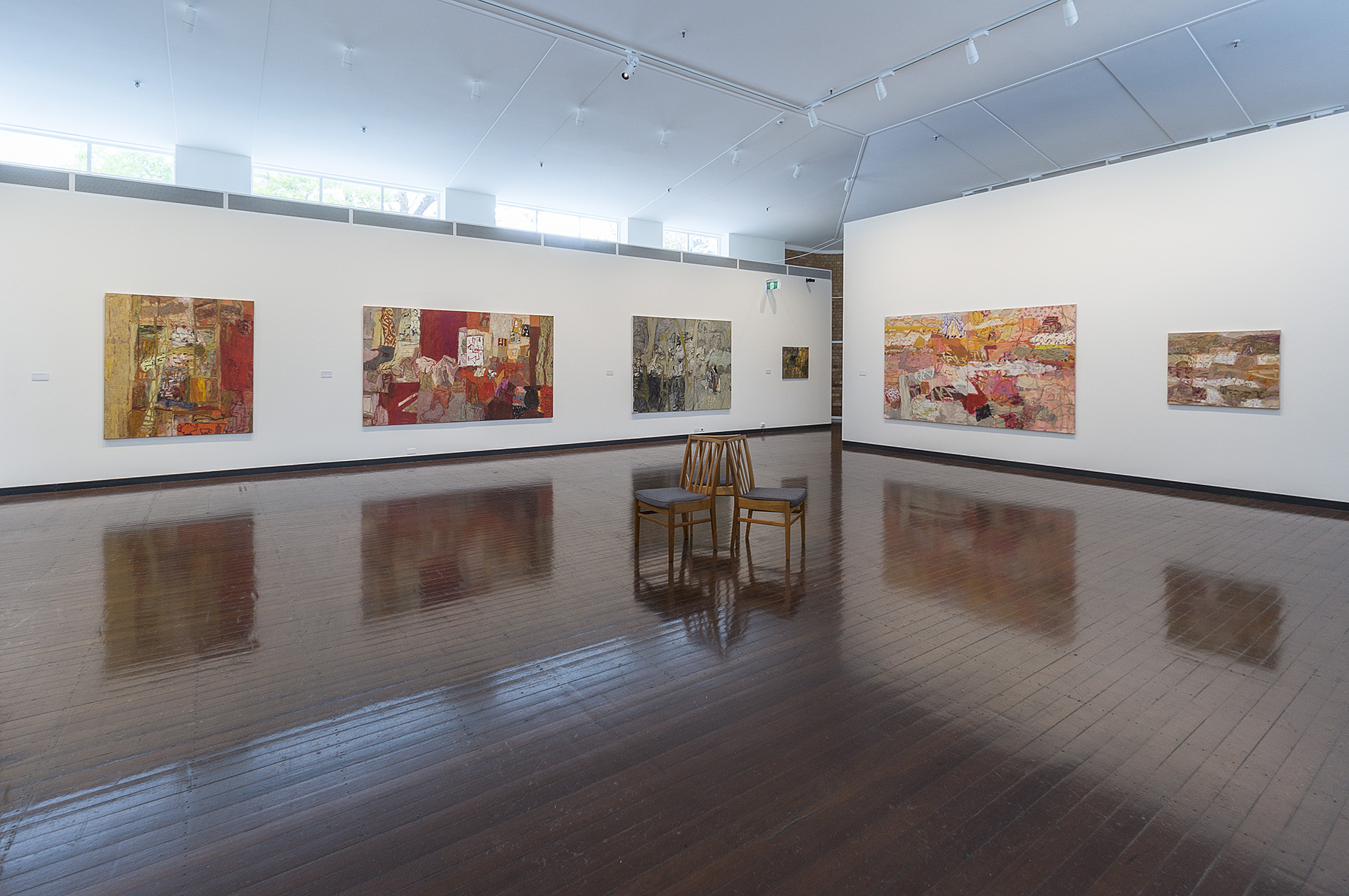 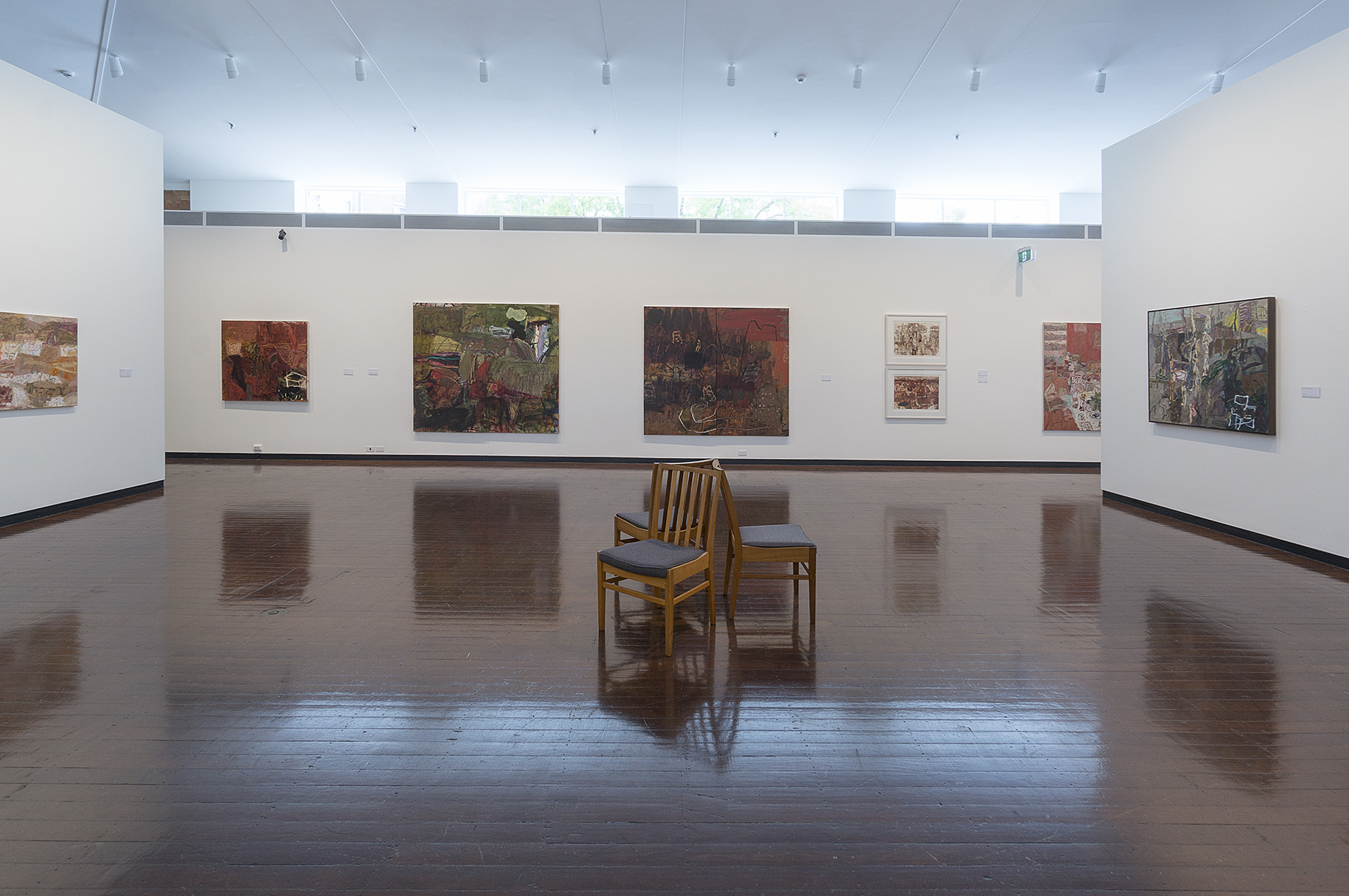 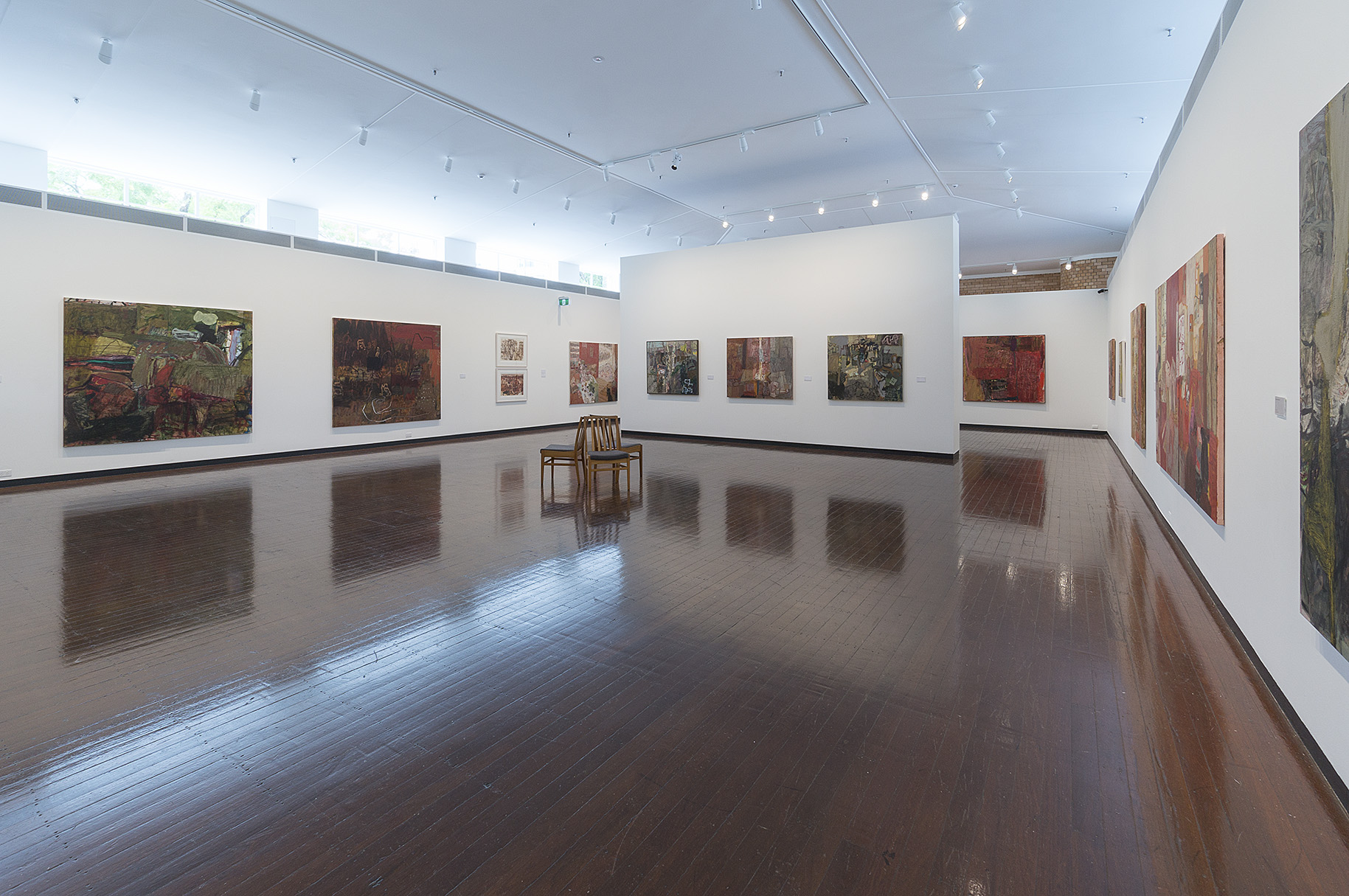 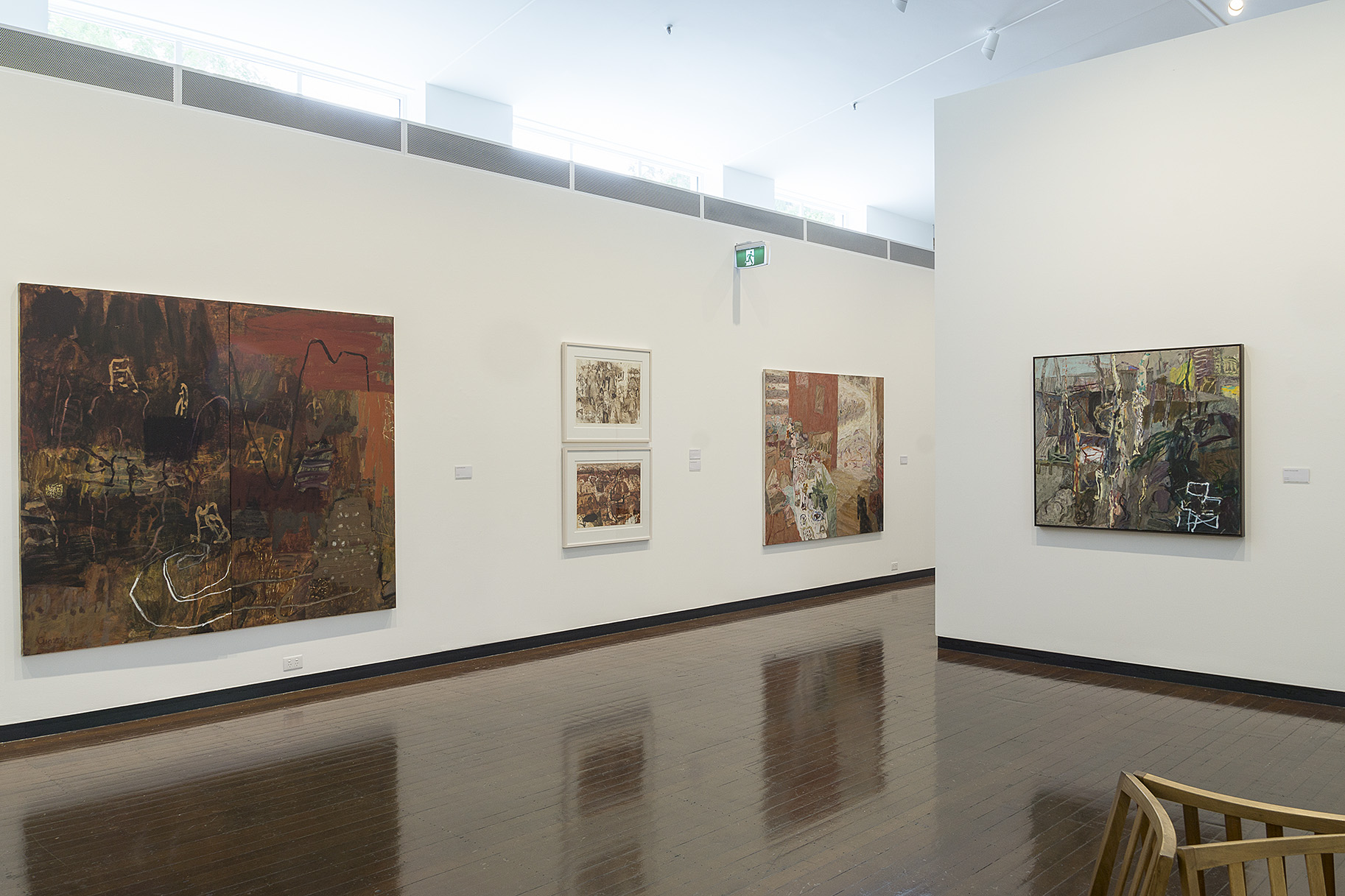 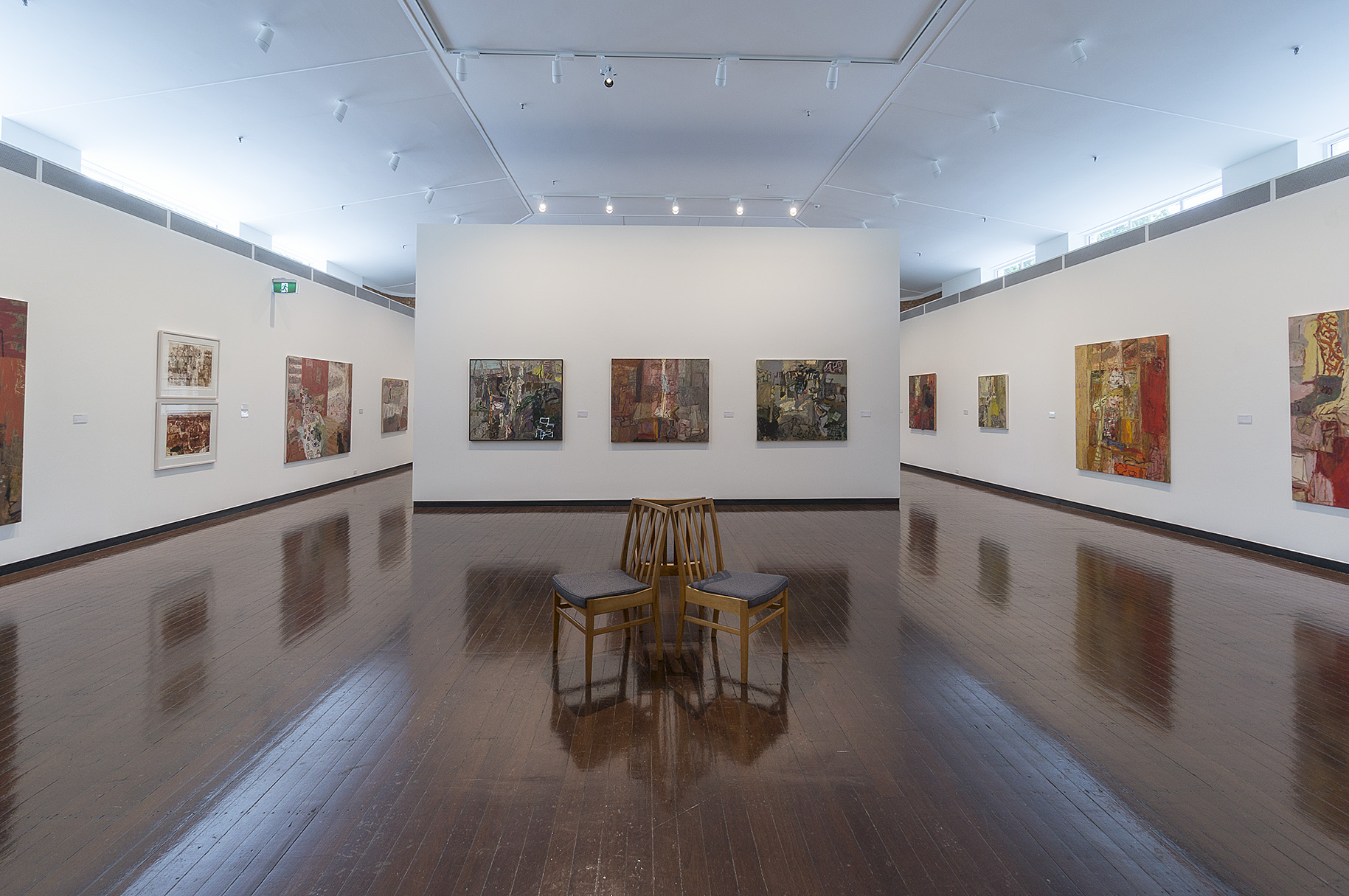 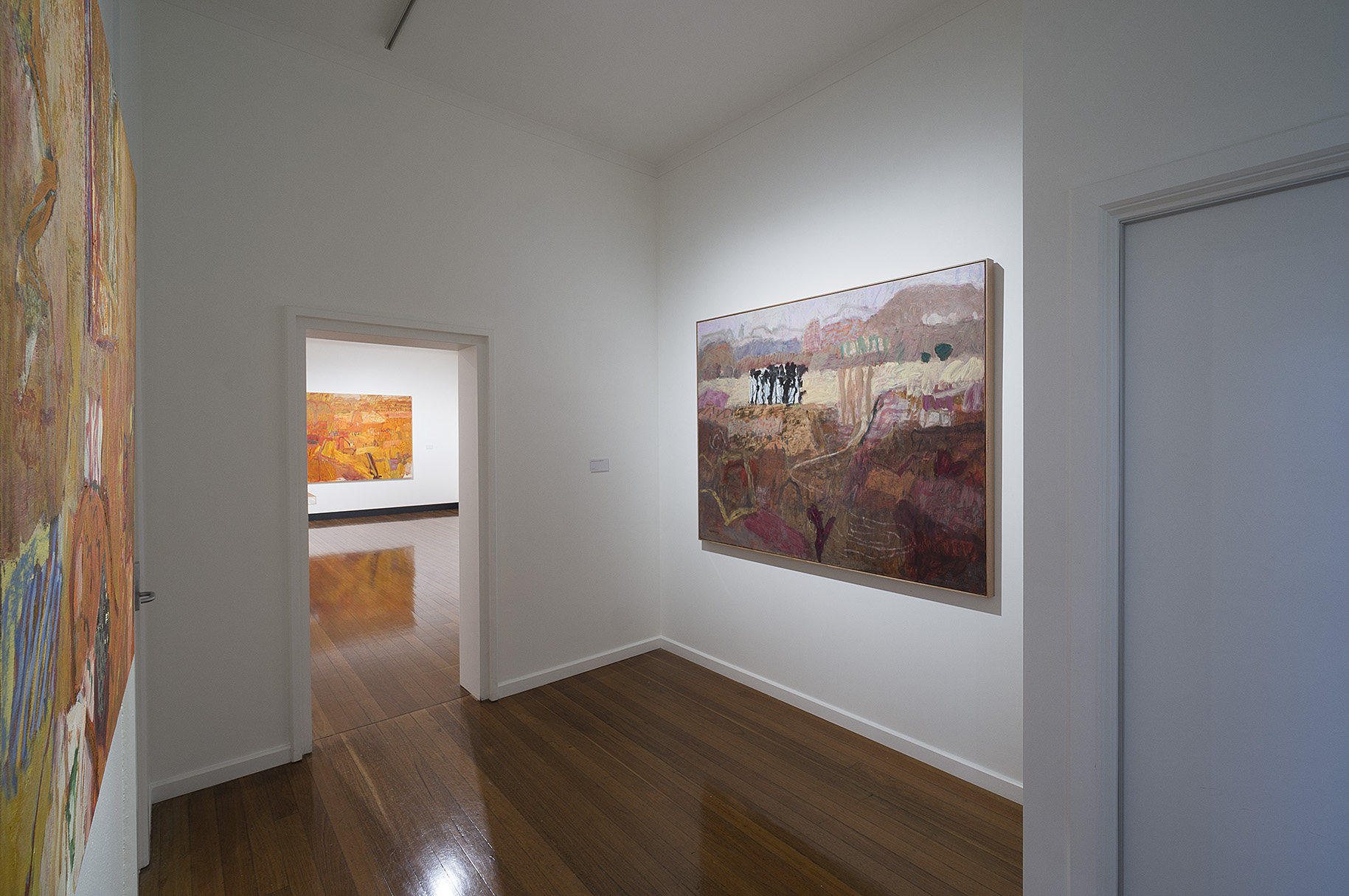 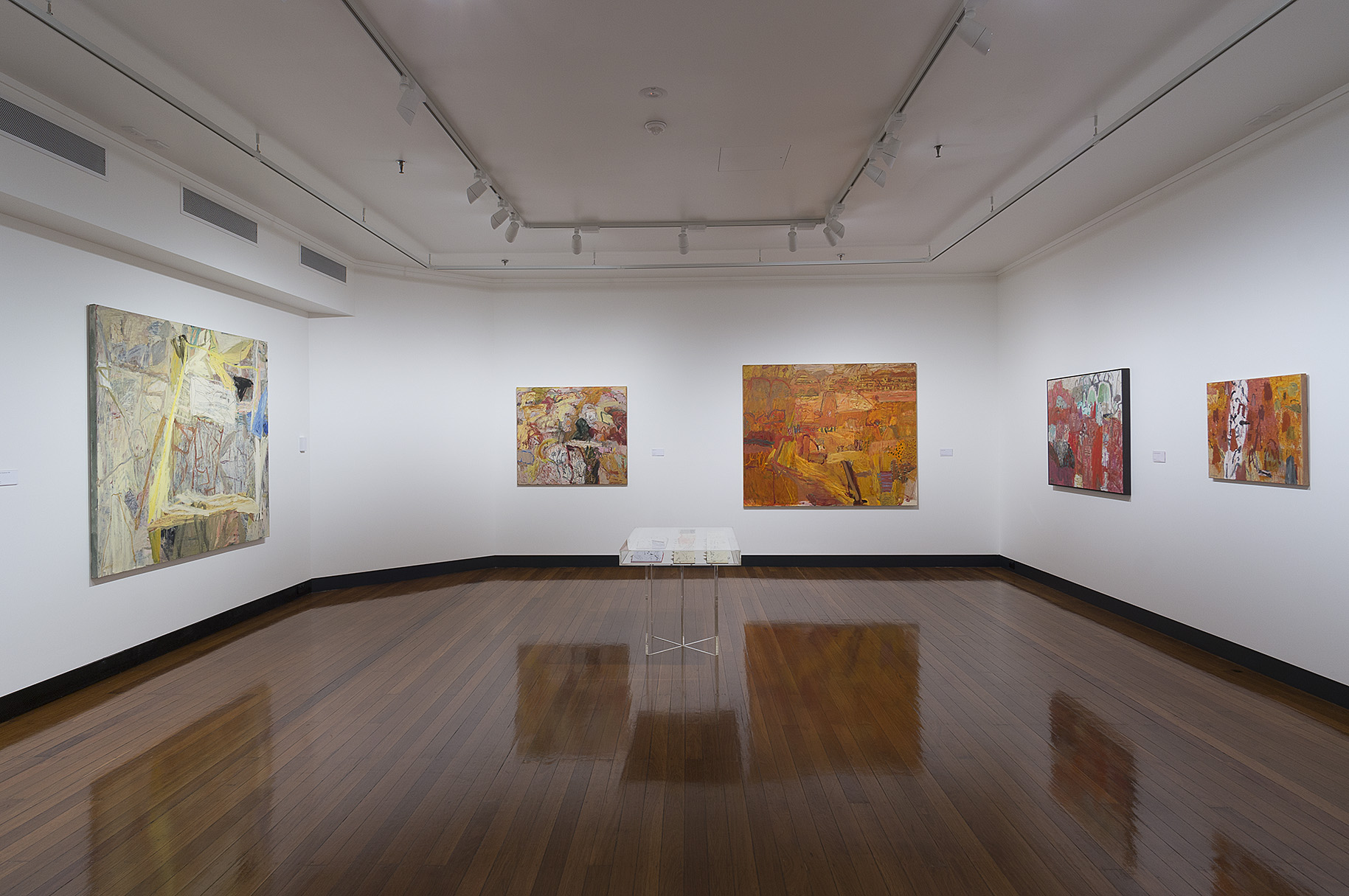 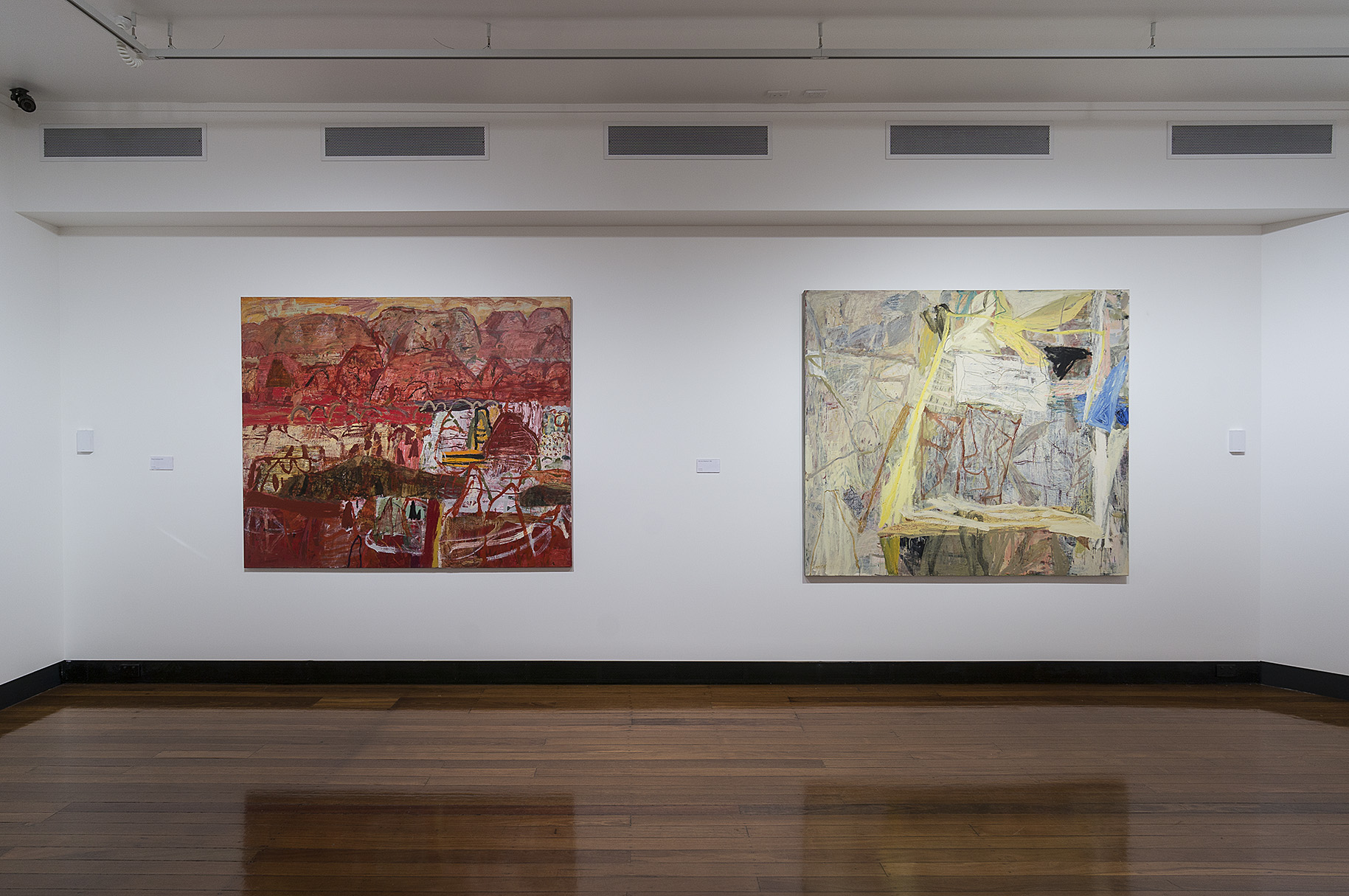 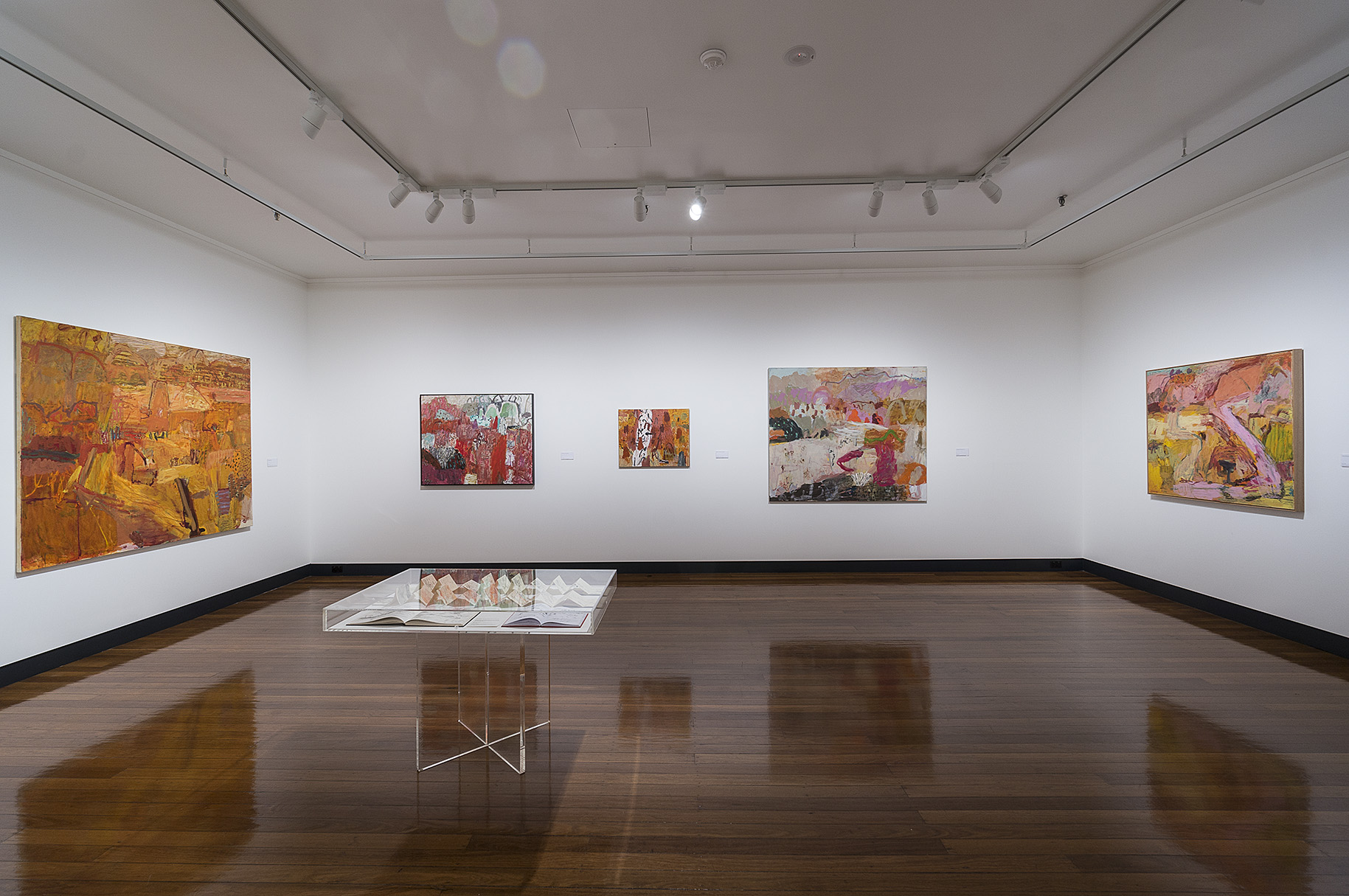 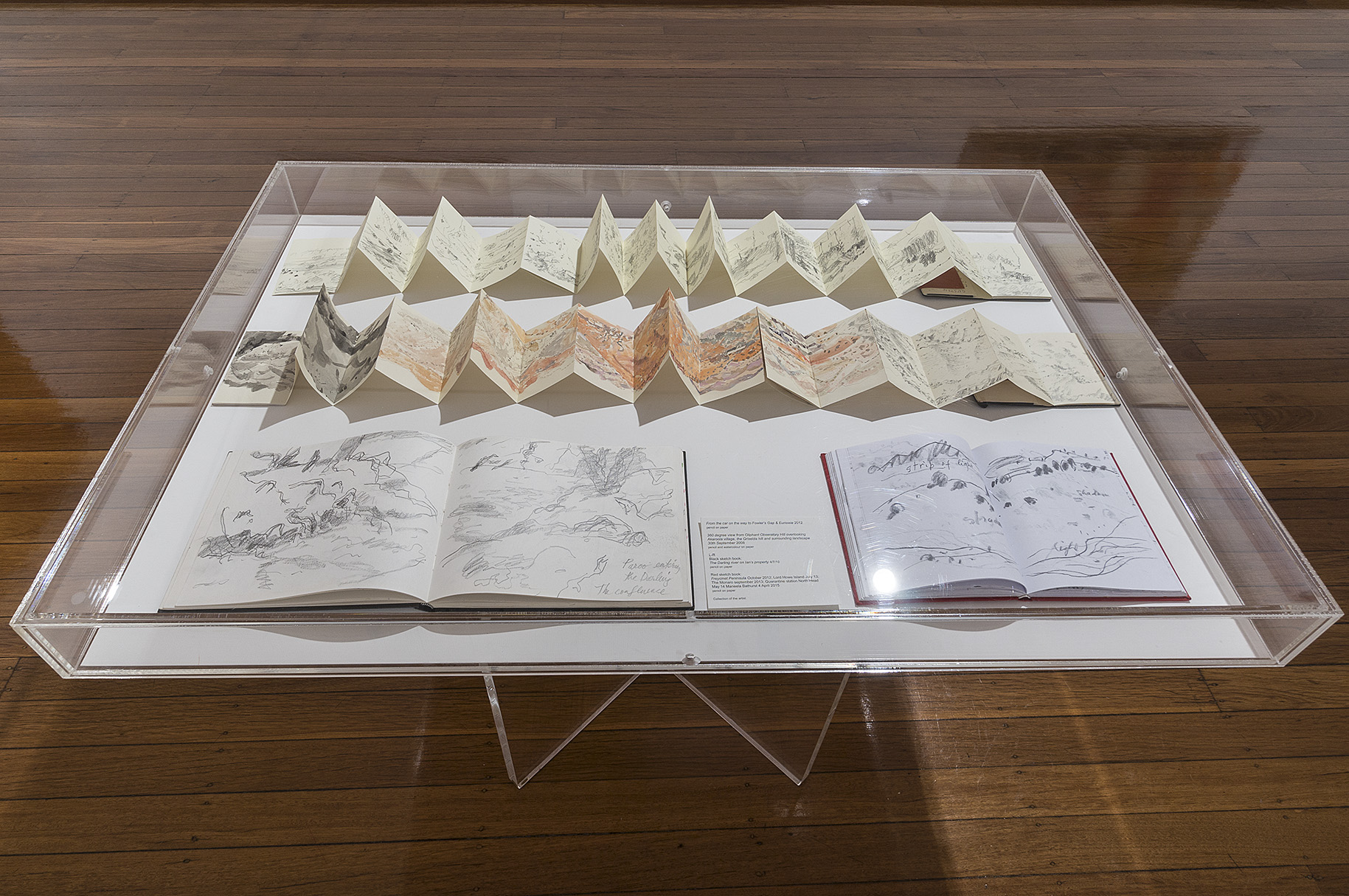 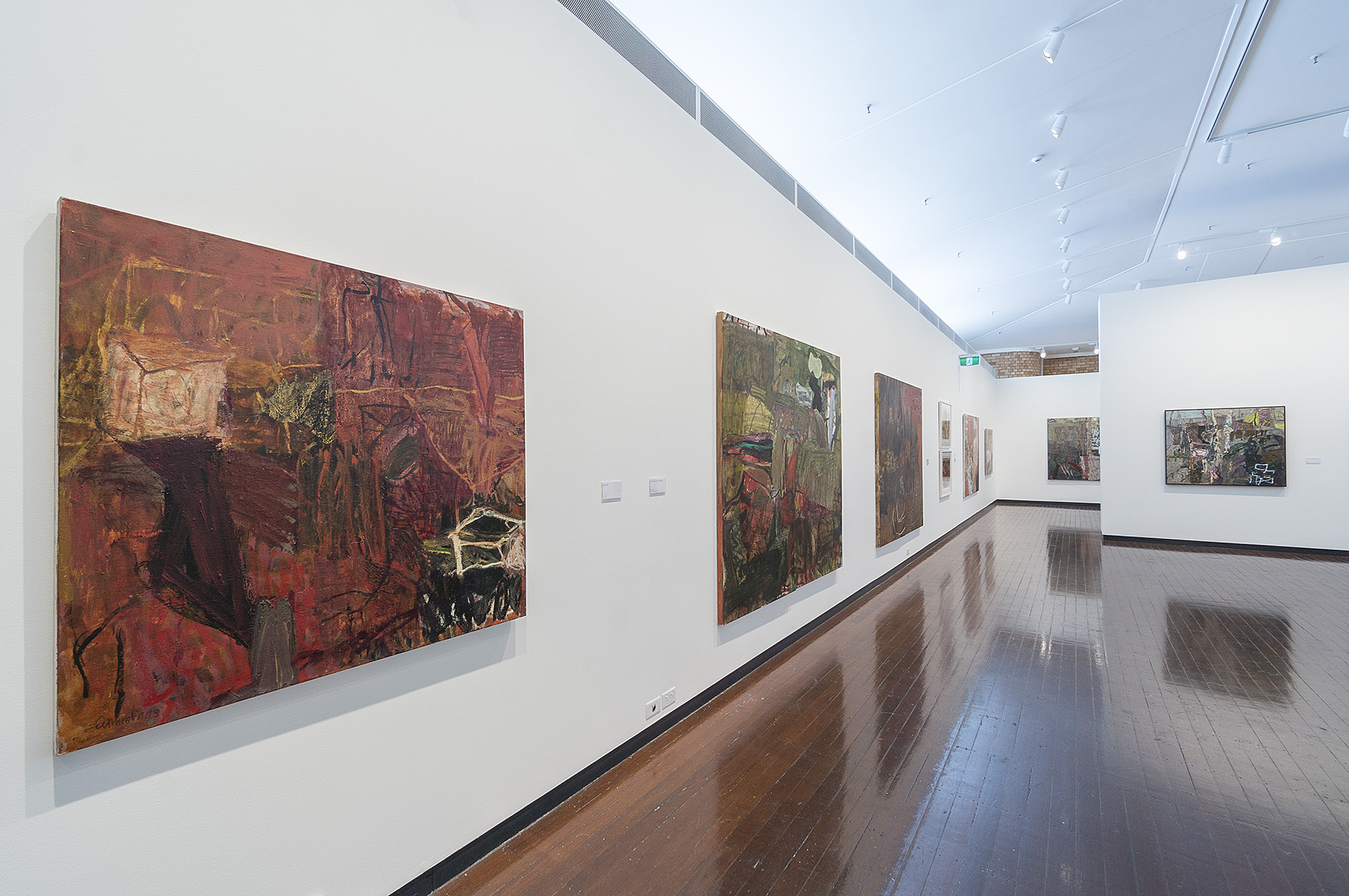 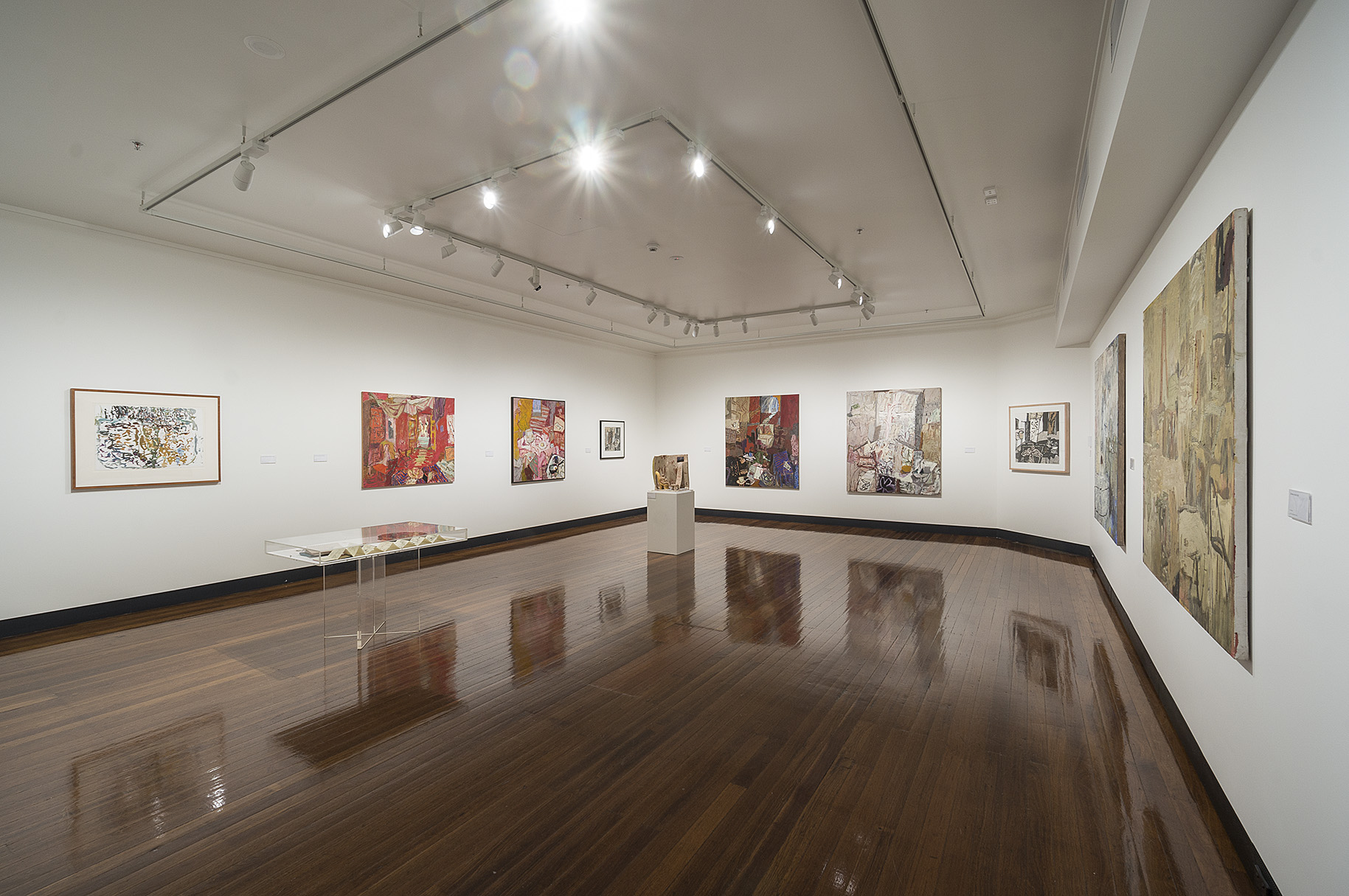 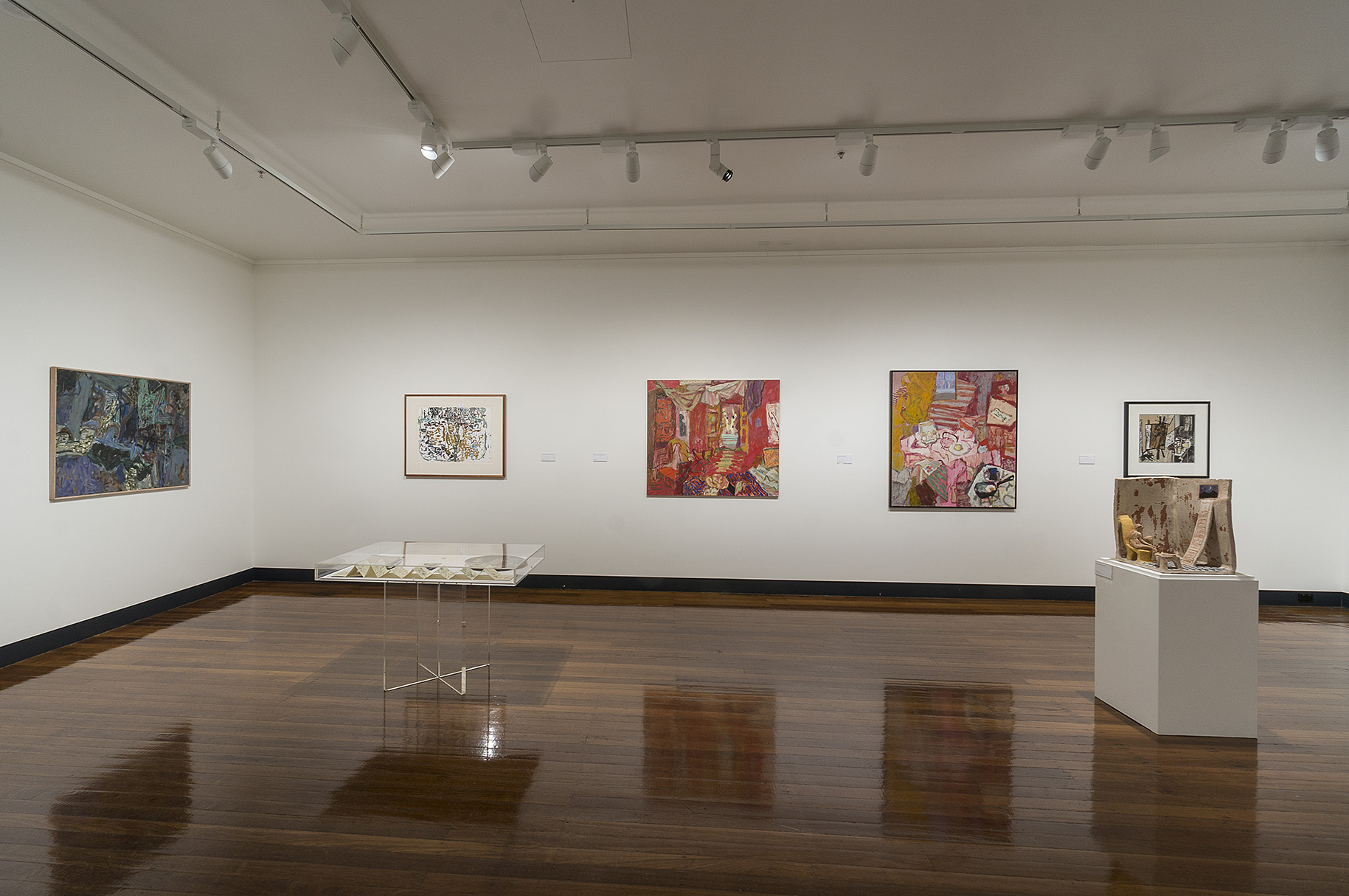 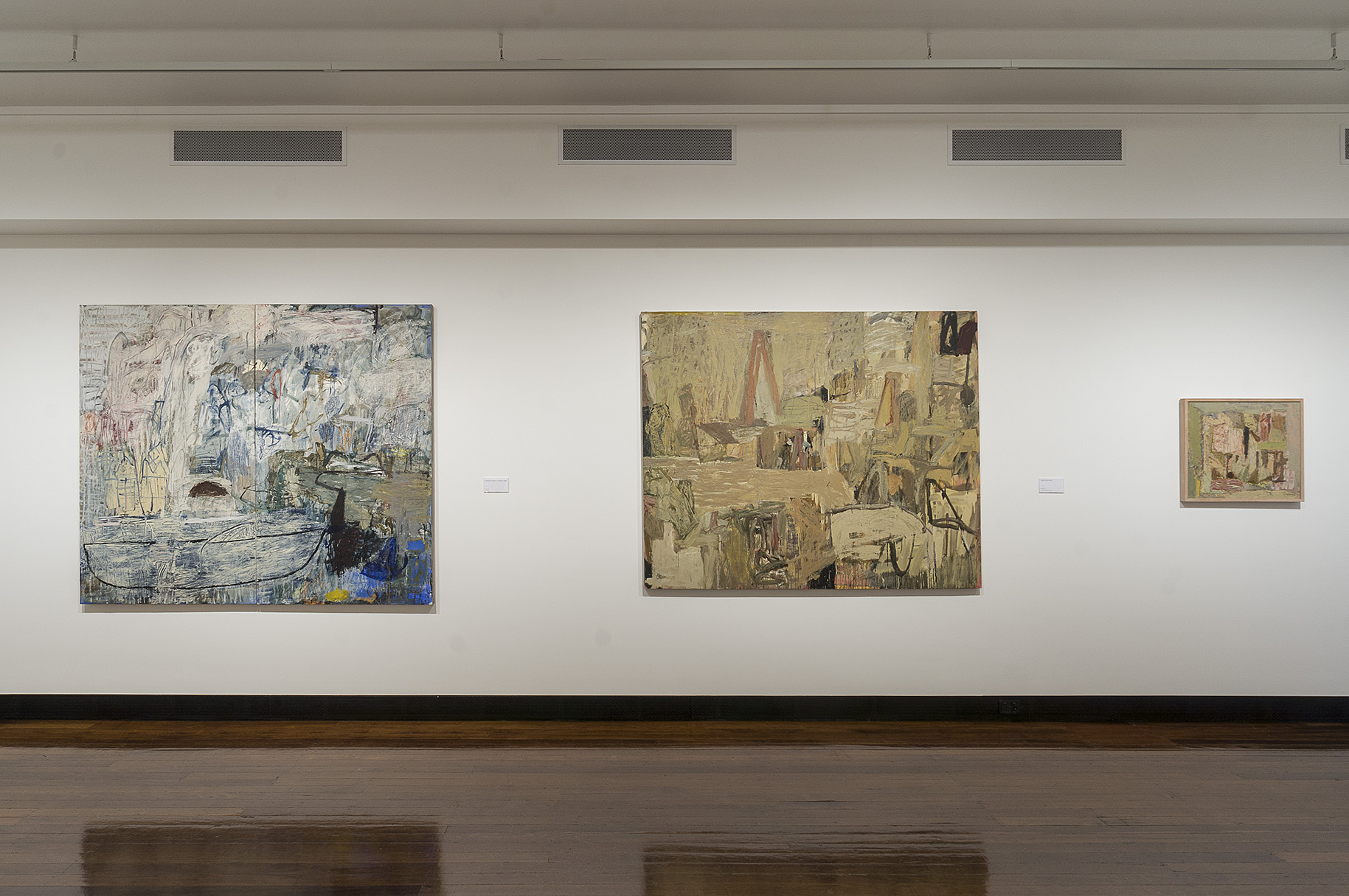 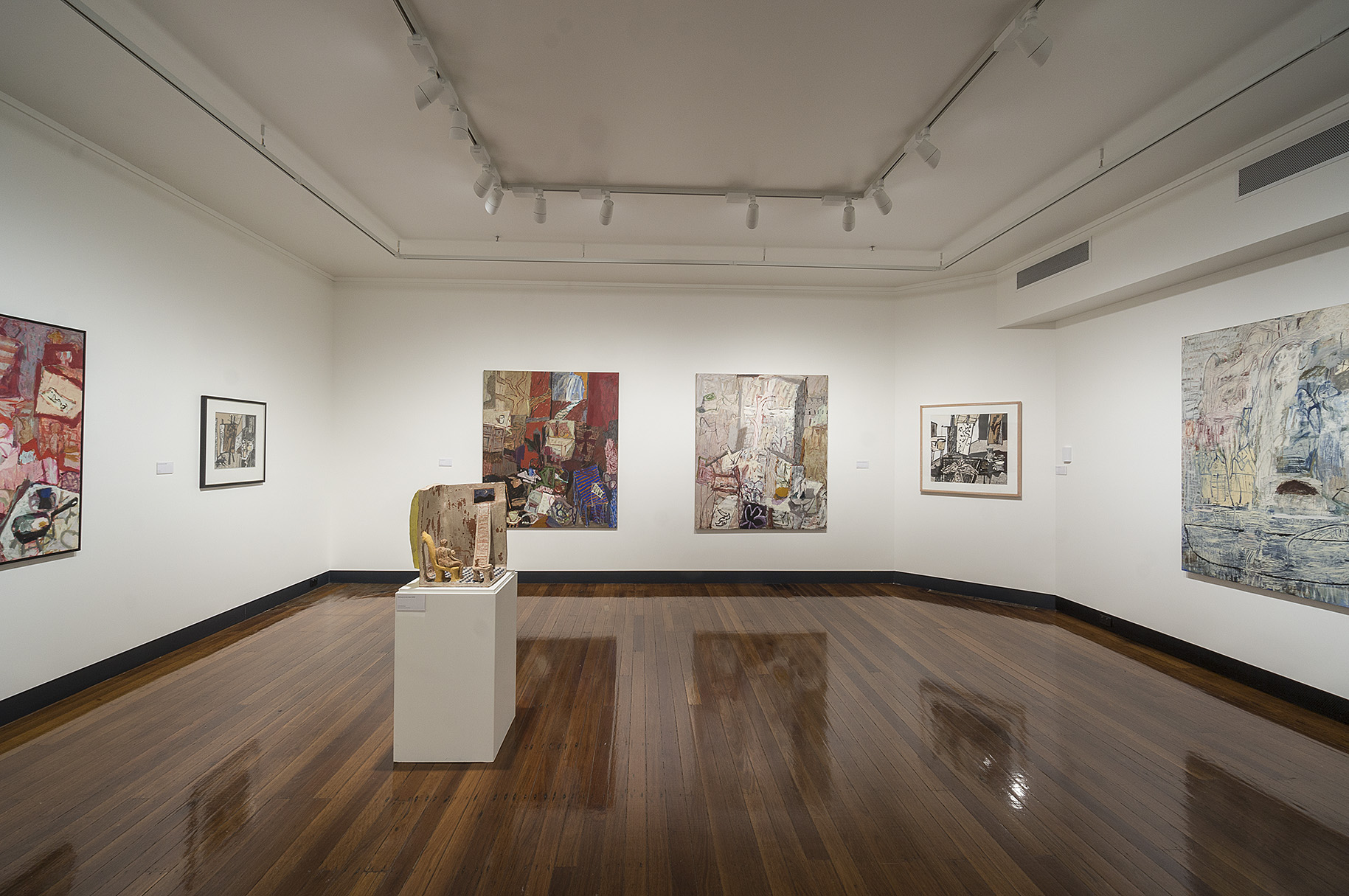 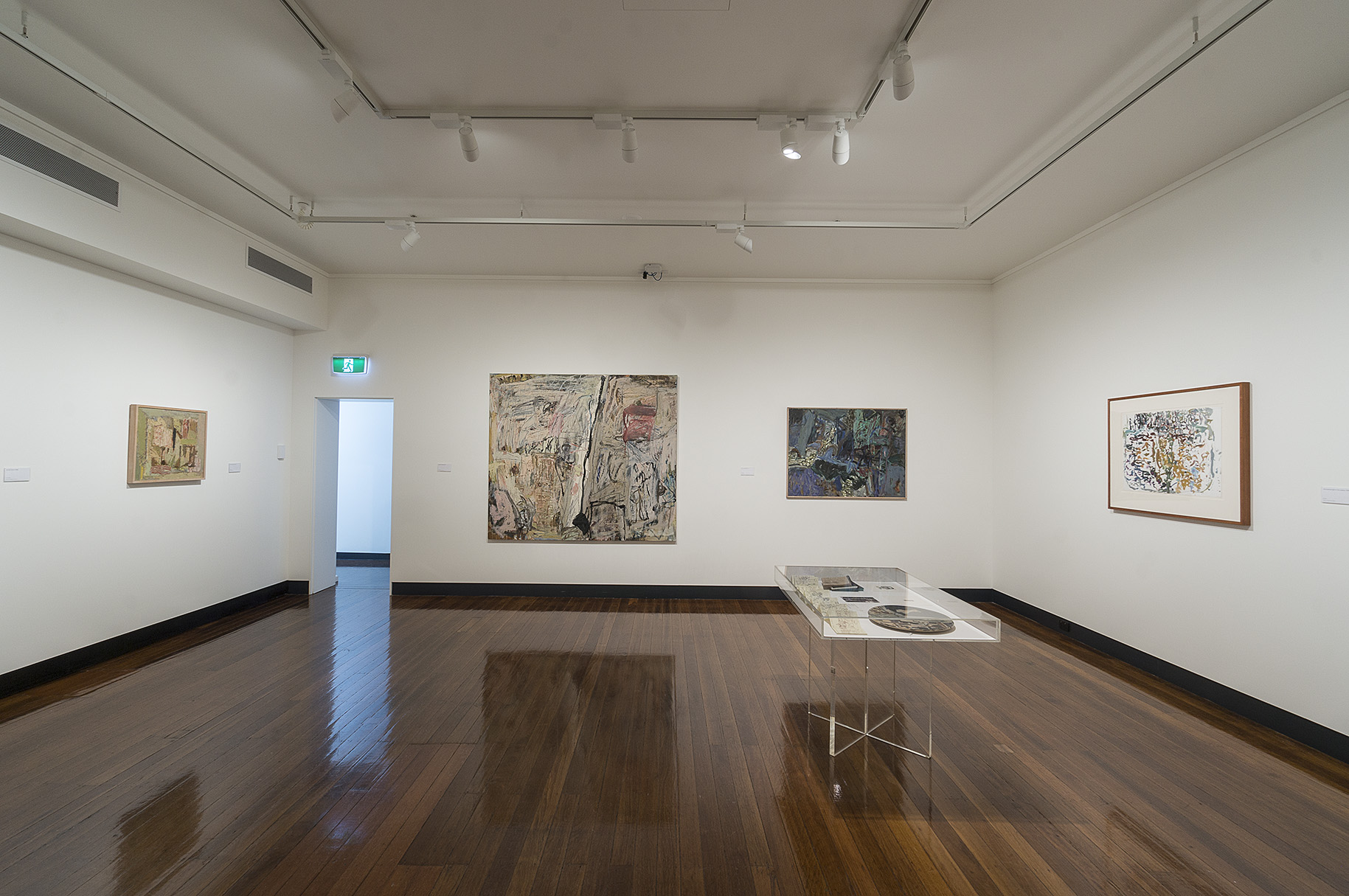 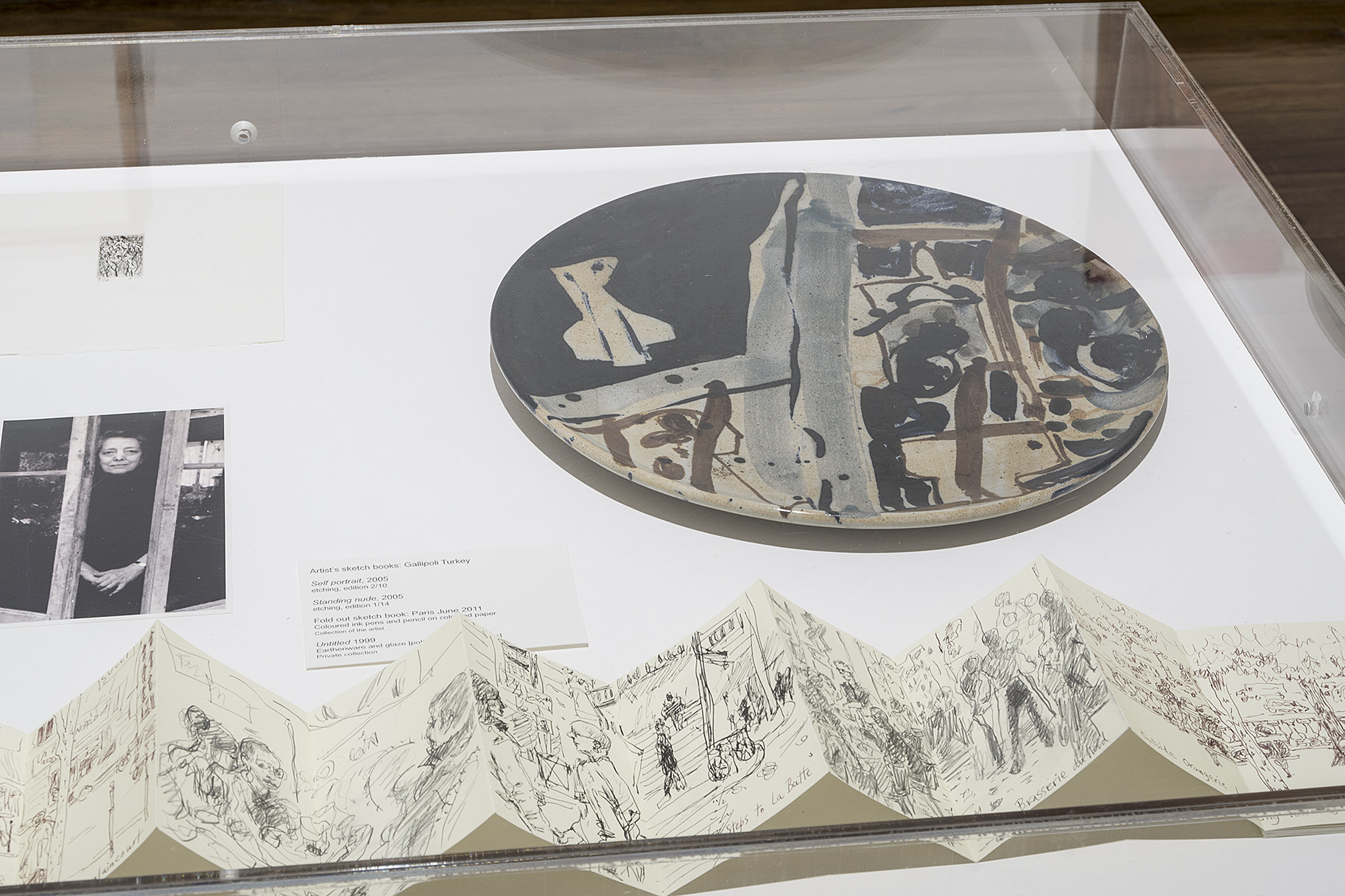 review for the Sydney Morning Herald by John McDonald, June 5, 2017